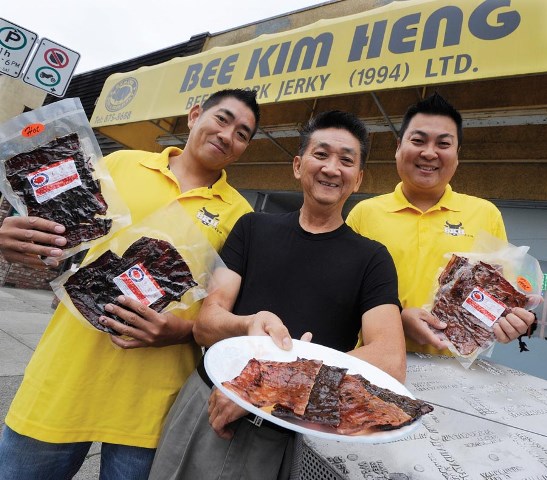 William and his wife, Jenny, started their beef jerky business 25 years ago.
They bought the secret recipe for dried meat in Singapore for $35,000.
BKH Jerky was a booming business for many years. But bad luck hit.
A fire destroyed their business.
BKH Jerky had to move from Chinatown to a quiet area.
Soon, business slowed down and debt grew.
A few years later, William got cancer, and he wanted to sell the business.
Scott, William’s youngest son, stepped in.
Scott sold his house, his car, and everything he owned.
He wanted to save the business and the family’s jobs.

Scott made many changes:

In September, Scott and his brother Ray got lucky.
They tried out and got on Dragons’ Den, a CBC TV show.
There are five successful business people on Dragons’ Den.
They listen to entrepreneurs “pitch” their ideas and products.
They listened to Scott and Ray.
They tasted BKH Jerky, and they loved it.
One man on the show offered Scott $150,000 for 50 per cent of BKH Jerky.
Scott accepted. “It could be our big break,” he says.