A man gets a surprise 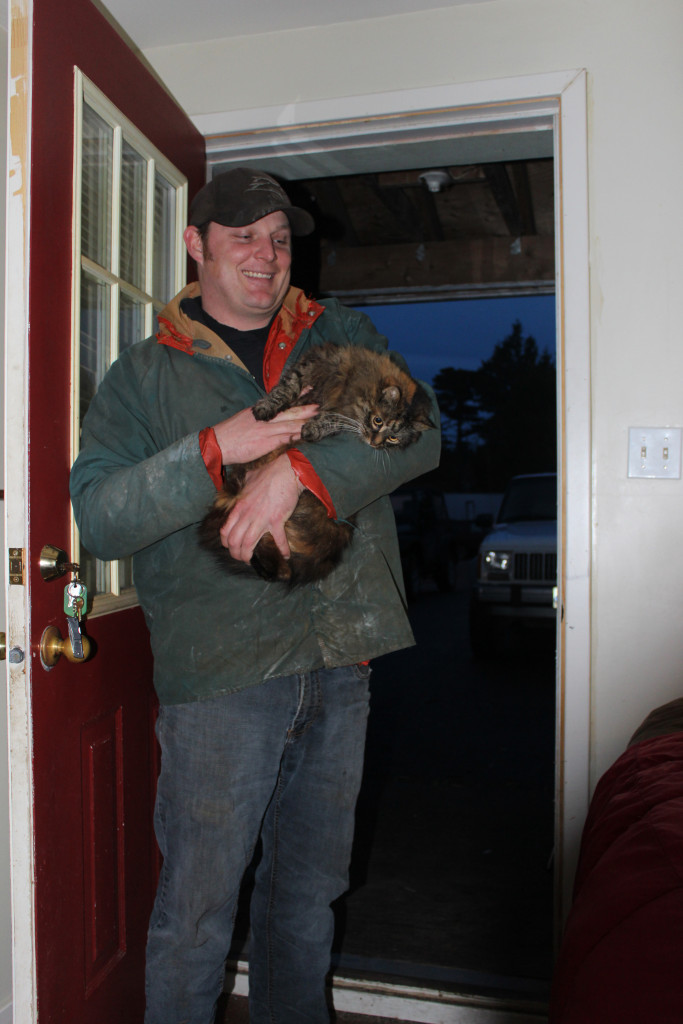 A surprise
Later, Ted goes to close the door.
Suddenly, he sees Mushka, his cat.
She is running into the house.
Next, he hears claws.
They are clicking on the floor. 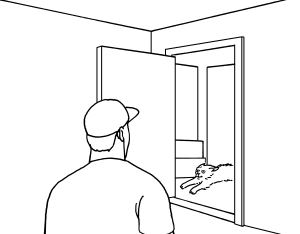 Ted rushes at the animal. He wants to scare it.
He makes himself very tall. He makes loud noises.

The cougar does not move.
So Ted gets louder. And he gets taller. 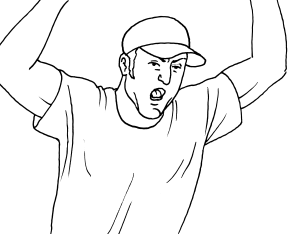 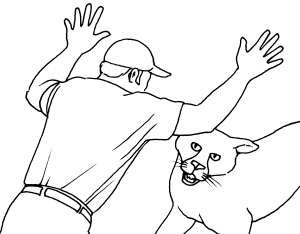 Ted remembers
Ted stares and stares at the cougar.
He remembers what loggers told him.
Loggers painted eyes on the back of their helmets.
“A cougar won’t attack if you’re staring at it.”
Soon, the big cat walks slowly out of the door.
Ted quickly shuts it!
He takes a deep breath. “Holy, that’s a big cat.” 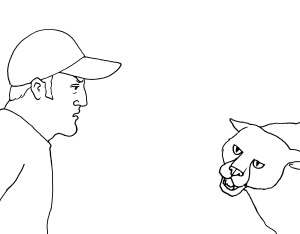 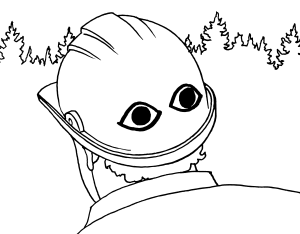 Outside, a friend is driving a taxi.
She is honking. Ted looks out.
A second cougar is in his driveway.
Luckily, the two big cats run away.