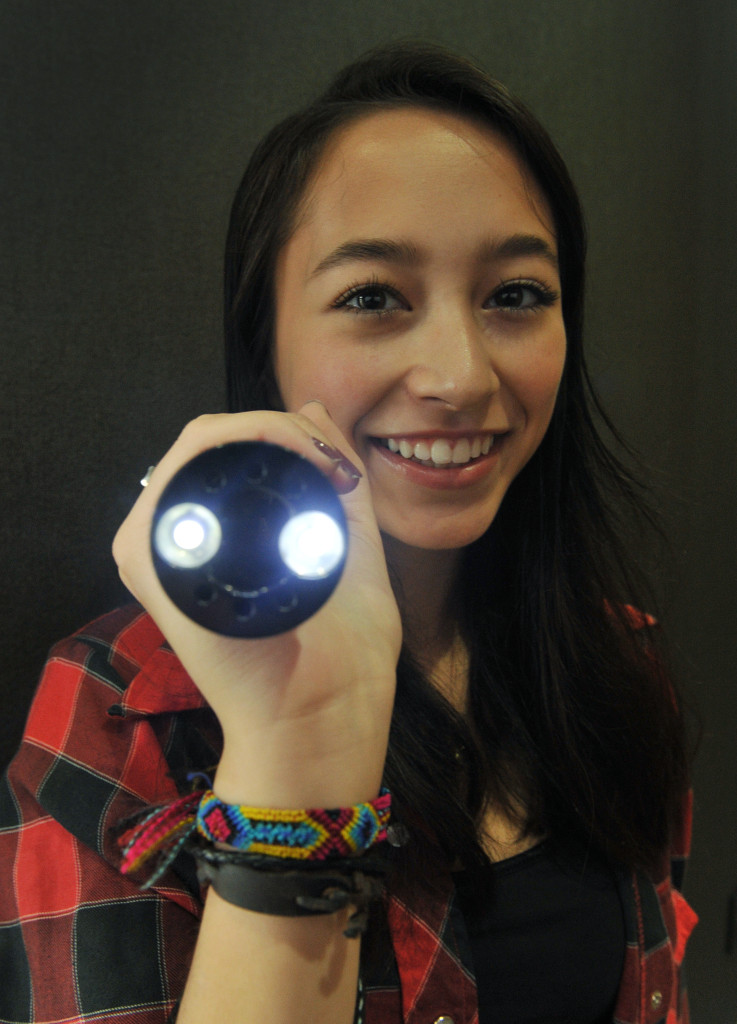 Ann Makosinski is a young inventor.
She and her flashlight are famous.
The Victoria, B.C., teenager won
a top prize at the 2013 Google Science Fair.
She has been in Time Magazine and on TV.
Ann also talks to groups around the world.

Ann’s “Hollow Flashlight” runs
on body heat.
The body makes energy equal to
a 100 watt light bulb.
“I thought, why not body heat?
We have so much heat …
and it’s being wasted,” says Ann.

As a child, Ann made her own toys.
She calls herself a tinkerer.

Ann’s idea for her flashlight
Ann’s friend in the Philippines failed school.
Without light, her friend could not study at night.
Ann wanted to help.

Ann’s goal is to start a company.
She wants to create other products.
She is working on a mobile phone charger.
The charger gets heat from a cup of coffee.

Vocabulary:
Tinkerer – someone who likes to experiment with things