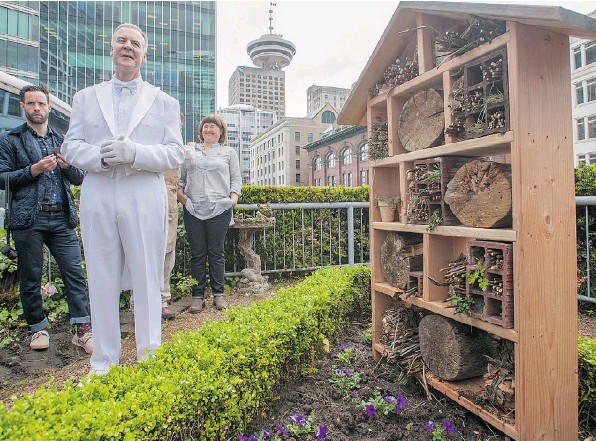 Adapted from The Vancouver Courier by Nancy Carson
Level 2

Travellers know that B&B means
bed and breakfast.
B&Bs are popular
in many parts of the world.

They are cheaper than big hotels.
B&B rooms are in small hotels
or in someone’s home.
B&Bs usually do not offer other meals.
You sleep, you have breakfast,
and then you leave.
B&B in Internet language is now BnB.

Oslo, Norway, is building
a bee highway with hotels
along the way.

Why a Bee Bnb?
There are 800 species
of bees in Canada.
Only 10 per cent of these bees
are honeybees.

Honeybees live in groups in beehives.
They pollinate plants and make honey.
People use beeswax and honey
from hives to make many products.

Immigrant honeybees
Honeybees are not native to North America.
People from Europe
brought these bees to Canada.

Many honeybees die in our cold winters.
So, many Canadian farmers
order new bees every year.
Bees come from Hawaii, New Zealand,
Australia, or Chile. 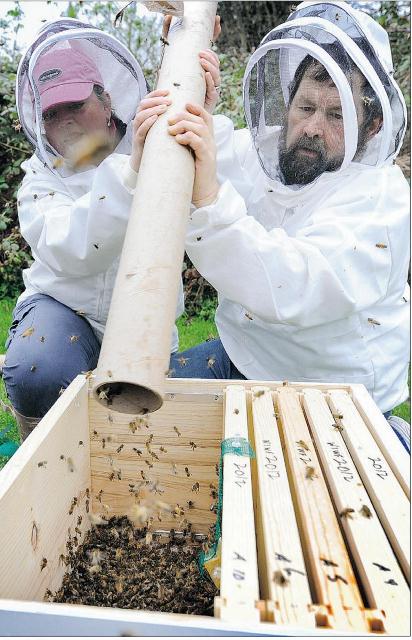 Solitary bees
Most bees do not live in groups.
They are called solitary pollinators.
Many species, such as the bumblebee,
are in sharp decline.

Some die from disease.
Chemicals and habitat loss
are also problems for bees. 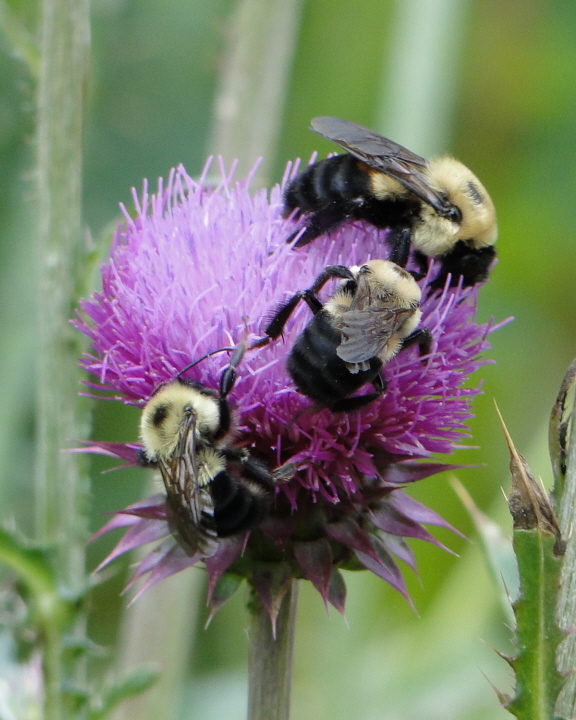 What do bees need?
Bees need two things
to make more bees.
First, they need food from flowers.
And second, they need a place to nest.
Solitary bees are becoming
more important to Canada’s agriculture. 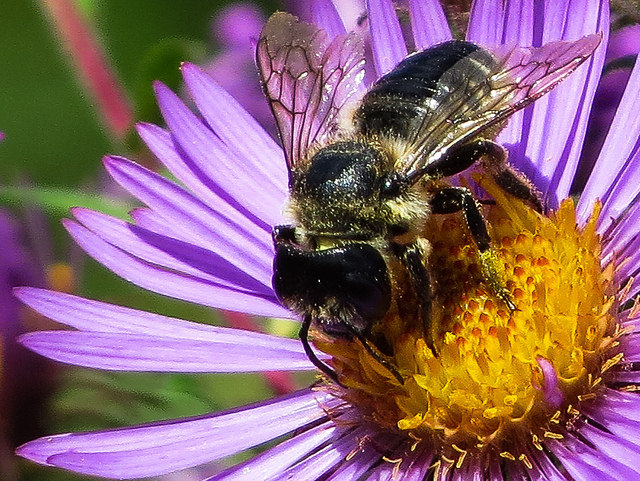 Leaf-cutter bees will use a bee hotel.
Photo by soluslupus13/CC, Flickr

Build your own Bee bnb
Everyone can get help.
People can make safe places
for solitary bees to rest and lay eggs.
Vicki Wojcik of Pollinator Partnership
says Canadians could build 17 million bee habitats.
“If each of these was used by one bee
to make a nest for 10 baby bees,
that’s 170 million more native bees
to pollinate food and flowers.”

Burt’s Bees has a website
to educate people about bee hotels.
The site shows people how to
build their own bee hotel.

Idioms with the word “bee”:

1. bee in one’s bonnet:
strange idea or notion; an idea that someone talks
about again and again.
She’s got a real bee in her bonnet about
people keeping their dogs under control.

2. Build your own bee hotel.