Bike polo is a wild ride 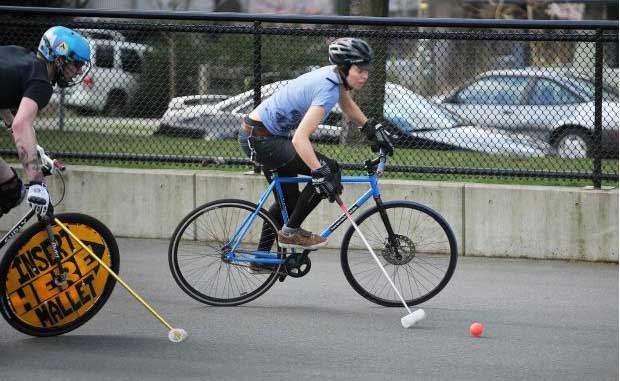 Shannon Frey takes off with the ball.
(Photo: Wayne Leidenfrost / The Vancouver Sun)

Adapted from The Vancouver Sun by Patty Bossort
Level 2

What is bike polo?
Bike polo is played by six people on bicycles.
They chase a hard orange ball. They hit the ball with mallets.

Players cover the wheels. This keeps the ball out of the spokes.

The sport is getting more popular.
Everyone is welcome to play.
Teams can be all male, all female or mixed. 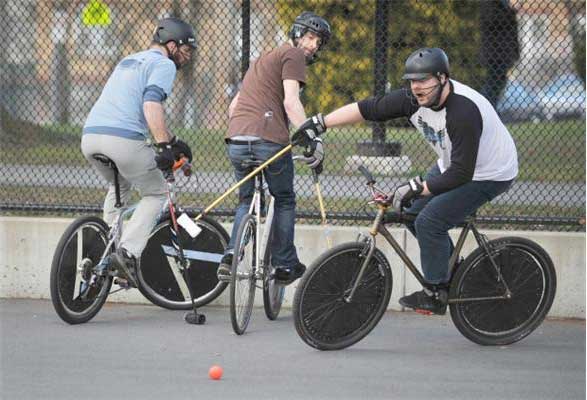 Darren Bolton takes off with the ball.
(Photo: Wayne Leidenfrost / The Vancouver Sun)

Where can you play?
Any flat, concrete surface can work as a court.

The game is played in tennis courts and hockey boxes.

The East Van Bike Polo Club meets at Grandview near Commercial Drive.
The Grandview court was the first court built for bike polo.

An all female team, Ladies Army, will compete in the all-women’s tournament in Toronto.
They will also play in the North American championships in Minneapolis. 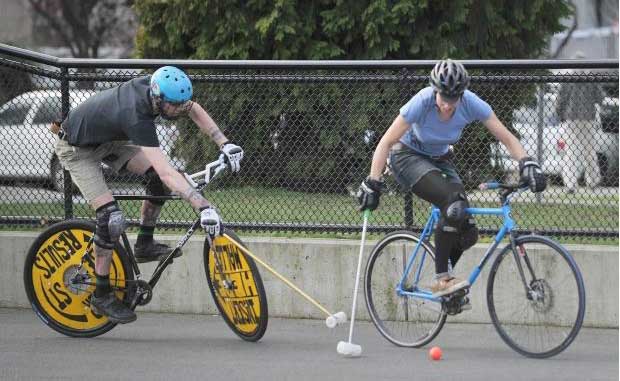 Rules of the game

That’s it. Get out there and have fun!