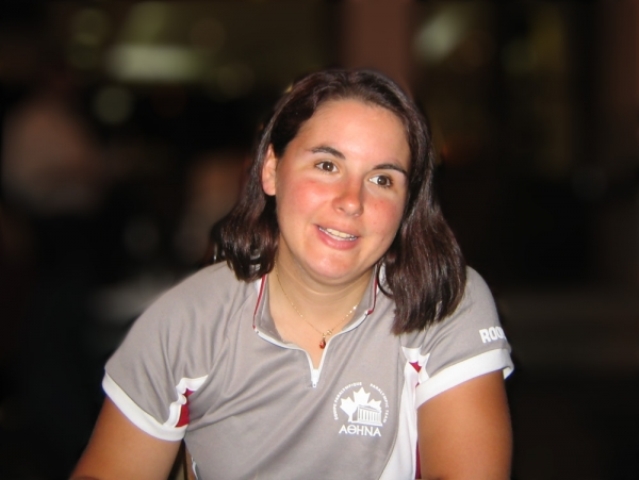 Adapted from the Georgia Straight
and the website of Blind Beginnings

Shawn Marsolais, 38, has had a very interesting life.
Like many people, she has had ups and downs.
In 1999, Shawn got her Bachelor of Arts degree
from the University of British Columbia.
At 25 years old, she went to England to work with
blind and visually impaired children in schools.
Since then Shawn has volunteered and presented
workshops on how to live and work with blind children.
She was an elite athlete in three sports, too.
In 2004, she competed in cycling at the Paralympic Games in Athens.
Through sports Shawn learned many skills.
These skills helped her become a leader.

Shawn’s story
Since Shawn was 18, she has had less than two percent of her vision.
And she has learned to live as a blind person.
Shawn was not born blind.
She has a rare eye condition.
Slowly Shawn lost her sight as she got older.
She now helps children and youth believe that they can have a full life.
They can be anything they choose.

Daniel Kish
After hearing about a man called Daniel Kish,
Shawn invited him to come to Vancouver.
Kish is totally blind but he can ride a bike.
And he teaches others to do the same.
Kish is an expert on echolocation. 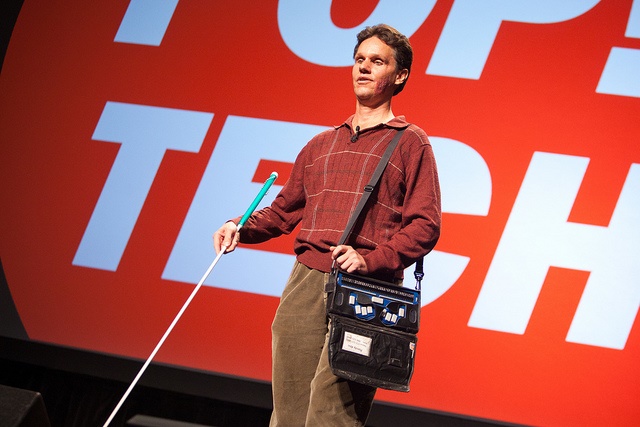 Daniel Kish speaks about the technique of echolocation – not only to help the blind see, but to be free in their environment.
Photo by Kris Krüg for PopTech/Flickr

Bats use echlocation so they do not fly into objects.
Blind students all over the world learn from Kish.
He believes in “No limits” for the blind.
Shawn wants visually impaired children to reach their full potential, too.
Kish started an organization called
World Access for the Blind in California. 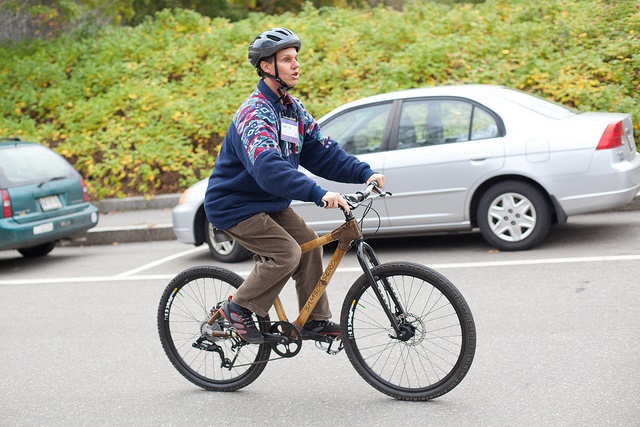 Blind Beginnings
After having time with Kish,
Shawn decided to start her own non-profit organization.
So she started Blind Beginnings.
The group offers youth leadership programs,
family activities and counselling.
Parents worry about their blind children learning skills like cutting up food.
Will their children ever be independent?

Seeing things differently
In February, Shawn talked about etiquette at a workshop.
The name of the workshop was
“Seeing Things Differently, Living with Low Vision”.
Shawn wants everyone to see things with a new understanding.
We can all be blind in different ways.

Guest speaker from Ontario
Ray Smith, from Ontario, was also one of the speakers.
He lost his sight in a workplace accident.
Blindness has a dramatic effect on a family.
His children were two and three years old.
Smith said he was bitter and angry.
“The house was not very happy”, he said.
He thought,”What am I going to do?
How am I going to get around?
How am I going to pay the bills?”
He said it took a long time to adjust.
Smith says the biggest thing is being independent.

Advice from Shawn
Shawn has tips for people.
She wants to teach others how to interact with visually impaired people.
She says, “Just because we can’t see doesn’t mean we can’t hear or think.
If you don’t know what to do, just ask.”
Shawn wishes people would say, “Can I help you?”
Or people could say, “How can I help you?”
She does not want people to yell at her or to grab her or pull her.
People think they are being helpful.
But this behaviour might be dangerous to a blind person.