Canada has a new prime minister 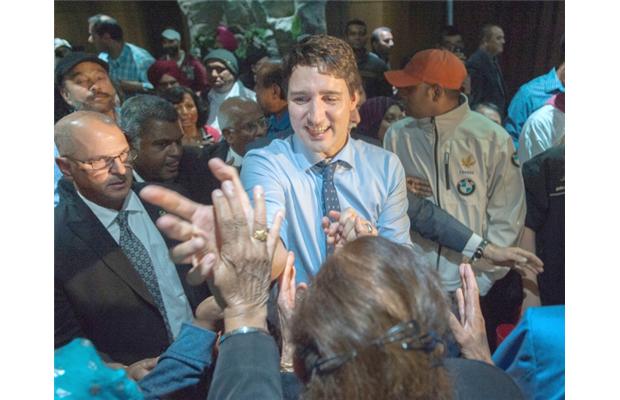 Canada has a new prime minister
Adapted from cbc.ca by Nila Gopaul

Justin Trudeau was born in Ottawa, Ontario,
on December 25, 1971.
Trudeau was a high school teacher.
He always loved politics.
But after his father’s death, he became more involved
with the Liberal Party throughout the 2000s.

Trudeau has three children.
He is married to Sophie Grégoire.
Sophie is a journalist and an activist.

Trudeau would like to
increase taxes on Canadian citizens
who make more than $200,000 a year.
He says he will lower taxes for the middle class.
For more information on what Trudeau’s Liberals believe, click here.

Trudeau told a crowd in Montreal
on October 19, 2015:
“I will be the prime minister of all Canadians.”
“In Canada better is always possible.”