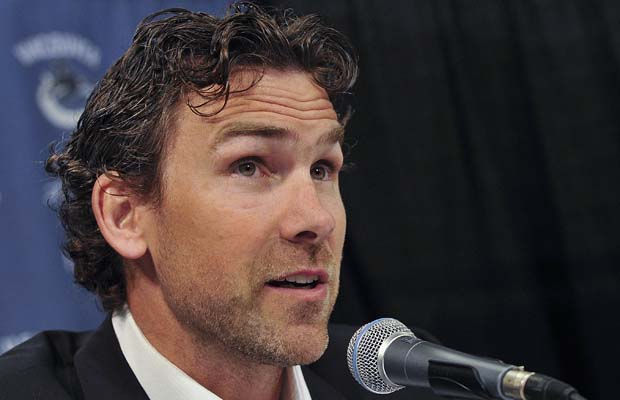 The Vancouver Canucks are not in the Stanley Cup playoffs this year. 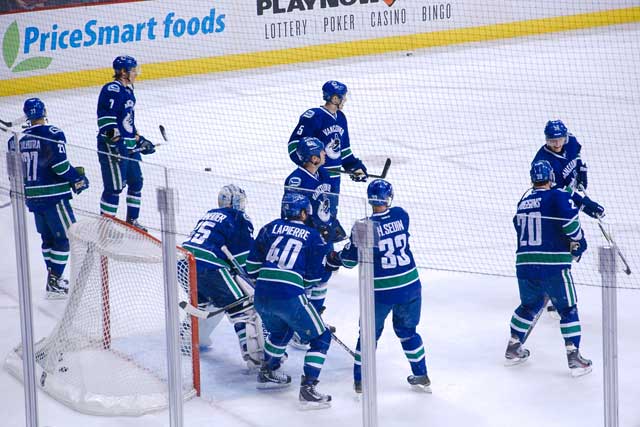 The Canucks warm up for the next game.
(Photo – Sebastien Launay / CC, Flickr)

They hired Trevor Linden as the new president of hockey operations.

“Trevor will make all the decisions on players, coaches and free agents,” said Chairman Aquilini.

“He really cares about this team and this city,” says Alex Burrows.

The players are happy to have Linden. They like and respect him.

He will hire a new general manager to replace Mike Gillis.

He was the captain of the Canucks for seven years.

He played for the Canucks in 1994. That year, they almost won the Stanley Cup. They made it to game seven of the playoffs.