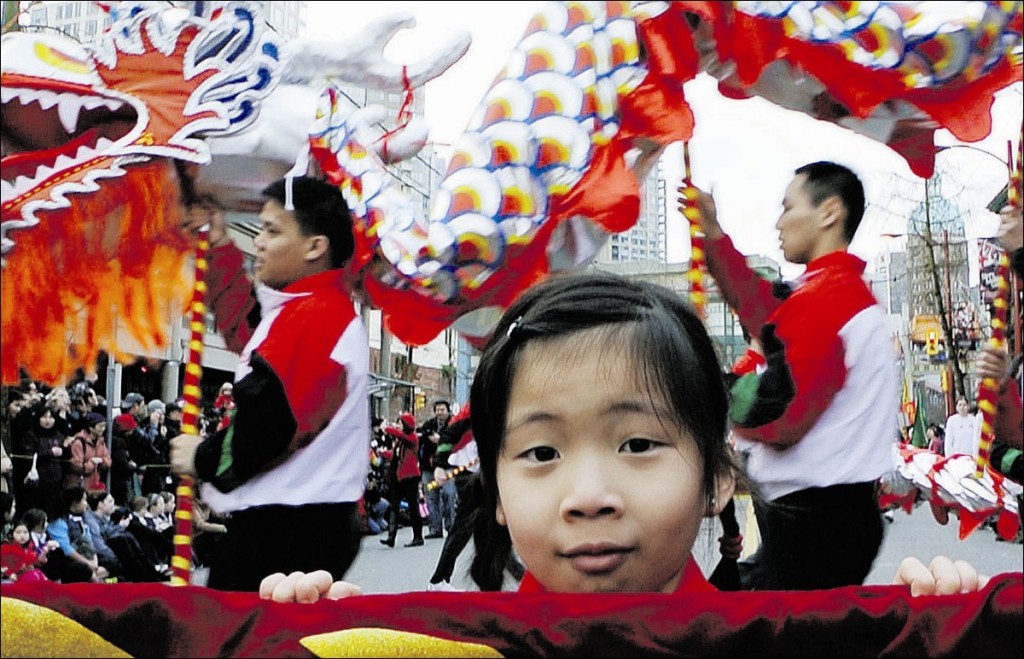 Every year, during Lunar New Year,
many cities and towns in B.C.
are filled with red banners.
Sometimes there are lion dances,
parades and crowds.
Restaurants are filled with many people.

Around the world
Lunar New Year celebrations
last for 15 days.
Vietnamese, Chinese and Korean communities
celebrate this time.
Sometimes this holiday is called
the Spring Festival.

Why is red important?
Red is the colour of luck, joy and wealth.
Stories long ago say evil is frightened
by the colour red.
The colour is similar to fire.

Red envelopes
Older adults give red envelopes
to younger, unmarried family members.
It is a blessing for good luck, health and wealth.
Usually the envelopes have money.
A parent might give each child $100.
An aunt may give a nephew $20.
A family friend may give $5.

Why is food important?
New Year’s Eve dinner
is the most important meal
of this holiday.
Often, families get together.

Fish and dumplings
The Chinese word for “fish” is yue.
Yue sounds like “wealth” in Chinese.
And dumplings look like old Chinese money. 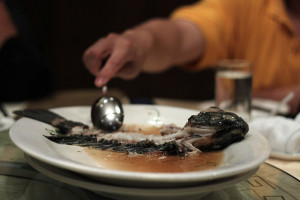 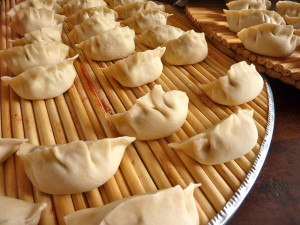 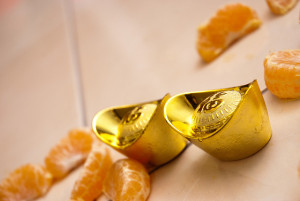 Chicken
Chicken is also a traditional dish.
Sometimes, a restaurant may write
“phoenix” on its menu, not chicken.
The Phoenix is a bird in storybooks.
This bird symbolizes rebirth. 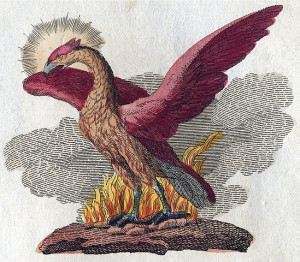 A drawing of a phoenix
Photo – Public Domain

Buddha’s Feast
Buddha’s Feast is made with eight vegetarian ingredients.
Eight is a lucky number in Chinese culture.
The number sounds like “wealth” in Chinese. 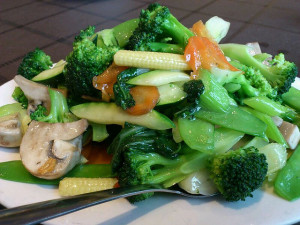 Shopping
Some malls and stores in communities across B.C.
will have celebrations, too.
This is the time to buy new shoes and clothes.
New things symbolize new beginnings, a fresh foot forward.

Gung Hay Fat Choy!
This means “Best wishes and Congratulations.
Have a prosperous and good year.”

This year, people celebrate the Year of the Rooster.

Watch this video at the Vancouver parade in 2014: