Chris Hadfield is a Canadian astronaut 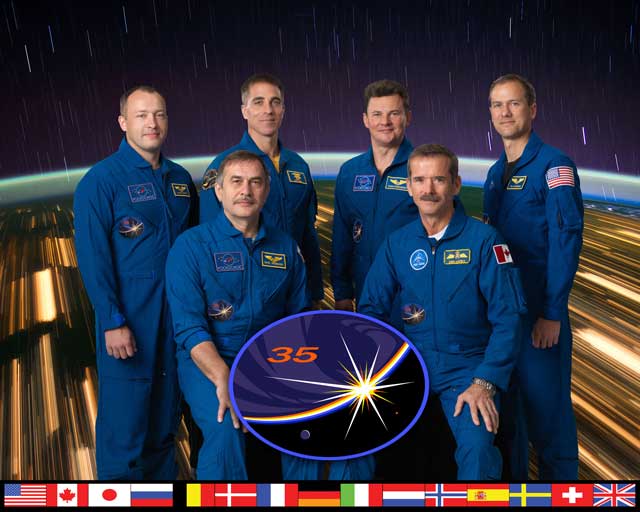 Hadfield’s crew members in July, 2012. Hadfield is in front on the right.
(Photo courtesy of  NASA)

Adapted from The Vancouver Sun by Patty Bossort.
Level 2

Chris Hadfield is an astronaut. He is the first Canadian to walk in space.

He flew into space three times. He commanded the International Space Station
for five months. He orbited the earth 16 times every day.

He watched the earth during the day and at night. He watched storms come and go.
He saw the northern lights from space.

He describes it as awe-inspiring.

Hadfield’s life in space
It is very busy on a space station. He ran 200 experiments.

He missed fresh food, pizza, beer and physical contact.
He missed being able to give someone a hug. 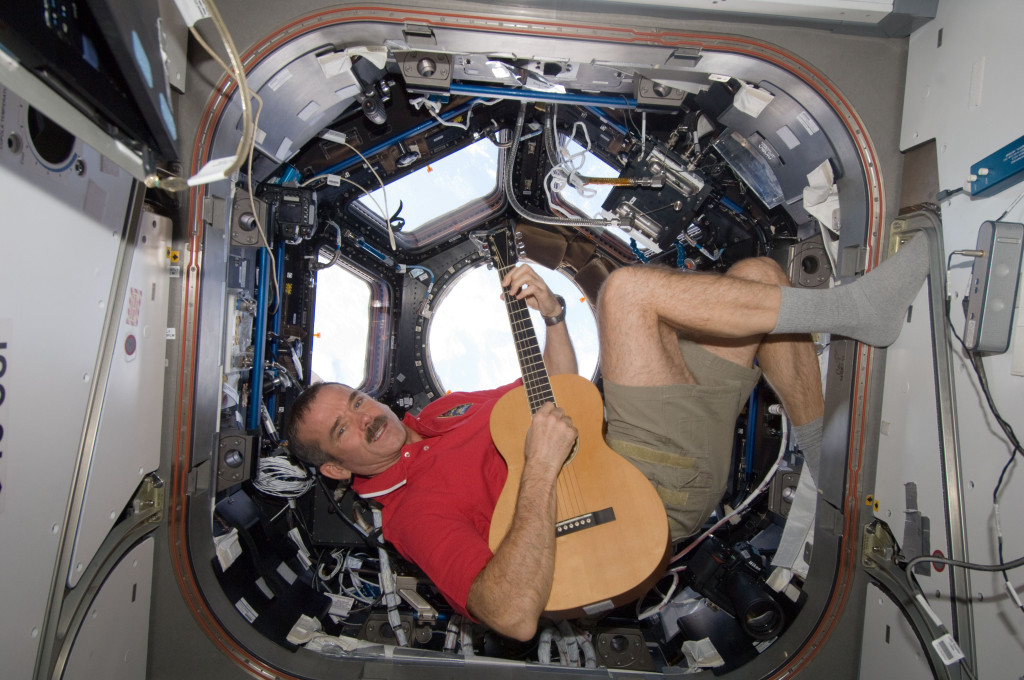 Chris Hadfield is a musician.
(Photo courtesy of NASA)

He writes his own songs. He performed David Bowie’s song called Space Oddity
from the space station.

Hadfield is a writer and a speaker.
Hadfield wrote a book called An Astronaut’s Guide to Life on Earth. It is a best seller.

He spoke at the TED talks in Vancouver. He speaks to groups
about his life and experiences.

He is a natural teacher. He enjoys touring schools and talking to students. 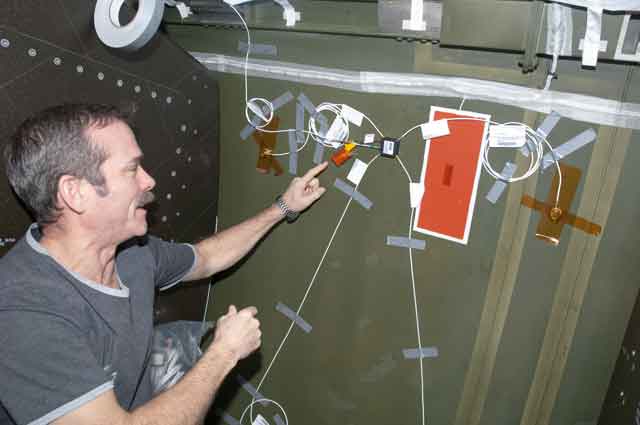 Chris Hadfield is an engineer.
(Photo courtesy of NASA)

Hadfield’s life on Earth
Hadfield was born in Ontario. He grew up on a farm.
His early life on the farm taught him how to work and solve problems.

His father was an Air Canada pilot. Hadfield trained as a fighter pilot.

After 26 years working in the US, Russia and space,
he and his wife are settling down in Toronto. They have three adult children.

Hadfield says he is never satisfied. He always wants to learn more.