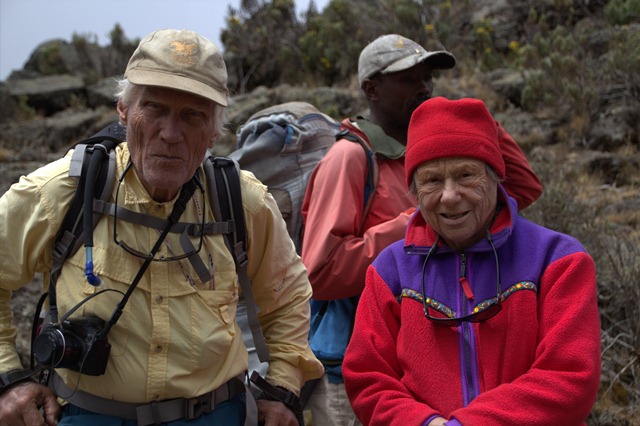 Esther and Martin Kafer are 85 and 84.
They are active seniors.
They hike, climb and ski.
The Kafers have climbed more than 500 mountains.
They have named over 73 mountains.
Why?  They were the first to climb these mountains.

Their story
The Kafers married in 1953 in Switzerland.
A few days later, they were climbing in the Alps.
Then Martin fell.
He was hanging on a rope.
Esther pulled the rope up.
“She saved my life,” Martin says.
A year later, they came to Canada.

They made the money for the Alzheimer’s Society of B.C.
Martin’s sister has Alzheimer’s disease. 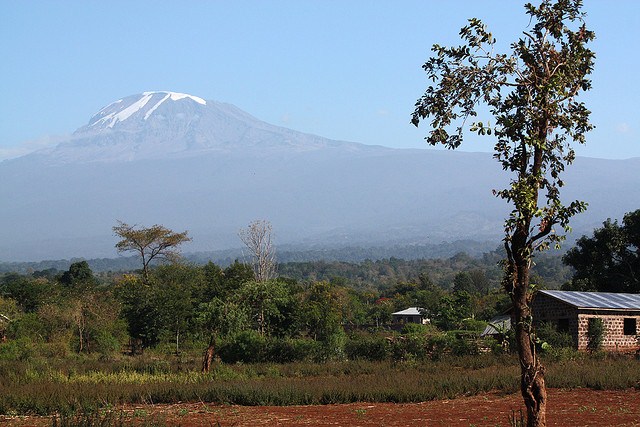 Advice from the Kafers
“Be active all of the time.
Eat well, use your arms, your legs and your head.
Most of all your head.”

Mountains are their religion
Martin says, “ Some people, they go to church on Sunday.”
But the Kafers go to the mountains on Sundays.
Martin believes, “The mountains become like your religion, in a way.”