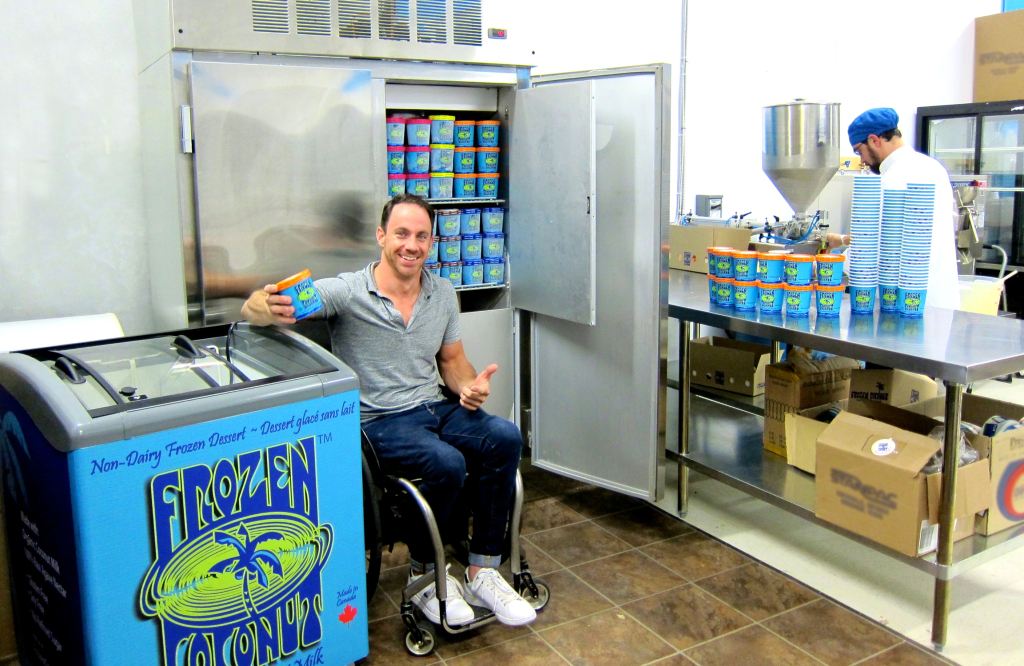 Two men from Kelowna are friends.
Kevin Carta and Ryan Geni both
wanted to start a business.
Carta likes healthy, organic food.
So, he thought about making
a special pasta.
It would be gluten-free.
Geni is a vegan.
He wanted an “ice cream”
without using any dairy.
And one that tasted delicious.

An experiment
Geni came to Carta’s 30th birthday.
He brought samples of
his new “ice cream”.
He made it as a treat for his mother.
Then he shared it with his friends.
Everyone loved the dessert.
The dessert was a hit.
Carta said, “We looked at
each other and thought,
‘This could be a business.’”
Frozen Coconut was born.

Many flavours
The new product is made from
coconut milk. Raw agave syrup
is added for sweetness.
Everything in it is organic.
There are six flavours including
coconut, chocolate mint,
mixed berries, lemon and orange.

Ice Cream University
People with diabetes, food allergies
and those who like organic foods
became very interested in the product.
Local shops started to sell it.
In 2013, the partners attended
Ice Cream University in New York.
After graduation, they bought a trailer
and drove around B.C.
They gave free samples to customers.

A move to Richmond
Carta and Geni got serious.
They got a commercial kitchen
in Richmond so they could make
large amounts of Frozen Coconut.
They also hired an employee
for their kitchen. And they hired
someone to design their packages
and their social media sites.

Many people now call Geni and Carta
the Coconut Boys. 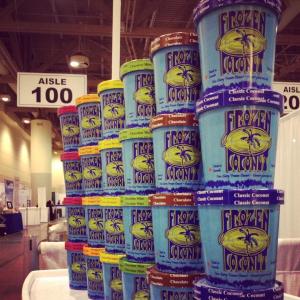 All photos courtesy of Frozen Coconut