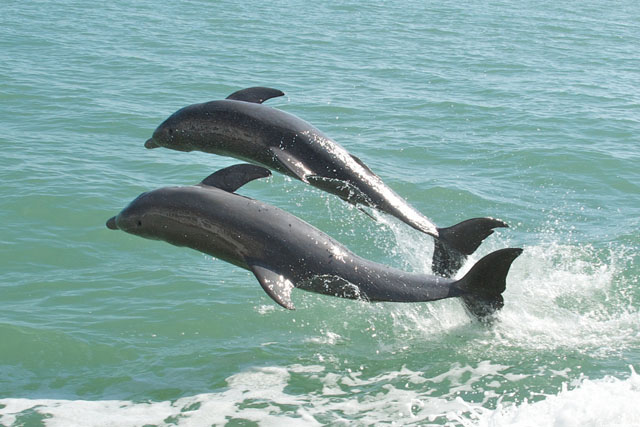 Imagine an old friend calling you on the phone after 20 years. You have not heard this person’s voice in all that time. Could you recognize him or her just by the sound of their voice?

Every dolphin has a name. The name is a special whistle. We call this sound a signature whistle.

Dolphins remember the names of other dolphins. In fact, they remember their signature whistles for more than 20 years.

Baily and Allie are dolphins. They lived together at the Dolphin Connection in the Florida Keys. They parted 20 years ago.

Allie went to live at a Chicago zoo. Bailey went to Bermuda.

Bruck found this was true with other dolphins as well.

A large part of the dolphin brain manages sound. Dolphins use sound to know who is a friend and who is not. Male dolphins have slightly better memories than females. Researchers think this is because males fight each other for power. Their memory helps them stay away from unfriendly and aggressive dolphins.

Range:  Most dolphins live in shallow areas of tropical and temperate oceans.

Behavior:  Dolphins are playful and move quickly. Many species leap out of the water and follow ships and boats.

Dolphins live in social groups of five to several hundred. They use sound to find prey. They hunt in groups. They circle around a school of fish. Then they take turns catching the fish.

Parenting: Dolphins usually have one baby or one calf. Twins are rare. As soon as the calf is born, the mother takes it to the surface. The calf needs to breathe air. Calves nurse from 11 months to 2 years. Calves stay with their mothers until it is 3 to 8 years old.

Lifespan: Most dolphins live a long life. The bottlenose dolphin can live over 40 years.