Eagles flock to the dump 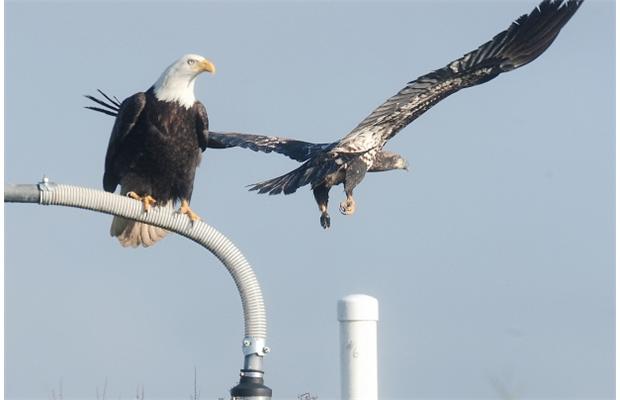 “They are all over the place. I don’t think you’re going to see any other place with this many,” says Albert Shamess. Shamess is the director of waste management for the City of Vancouver.

“Anything that sticks out of the ground has an eagle on top of it.”

Sometimes a dozen or more sit on top of one tree. They perch there watching the ground below. 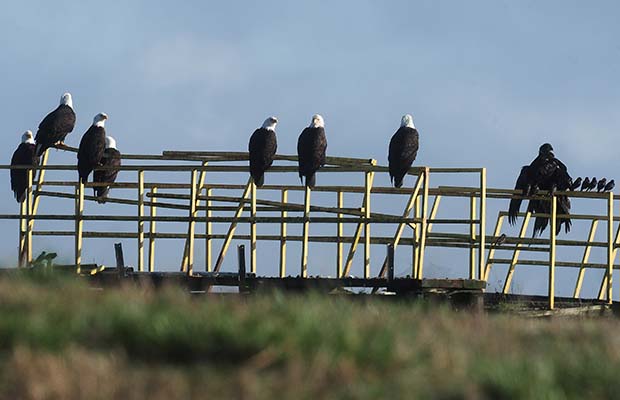 PHOTO – NICK PROCAYLO/THE VANCOUVER SUN
Eagles sit on anything above the ground.

March is the busiest month

From December to March over 2000 bald eagles flock to the dump. The dump is also called a landfill. After March the eagles move away to nest and hunt.

Eagles eat mostly ducks and gulls in the area around the dump and Boundary Bay.

Environment Canada studied the eagles at the dump. They think they come to the dump because it’s warm and protected from winter winds.

PHOTO – NICK PROCAYLO/THE VANCOUVER SUN
Eagles perch on anything that sticks out of the ground.

The landfill is normally very tidy

Eagles like to carry plastic up into the trees. No one knows why. It makes the dump look untidy. The plastic hangs from the trees.

The dump is now a safer and healthier place

Two things have changed. They make the dump a safer place for birds. As a result, the number of eagles living at the dump has grown in recent years 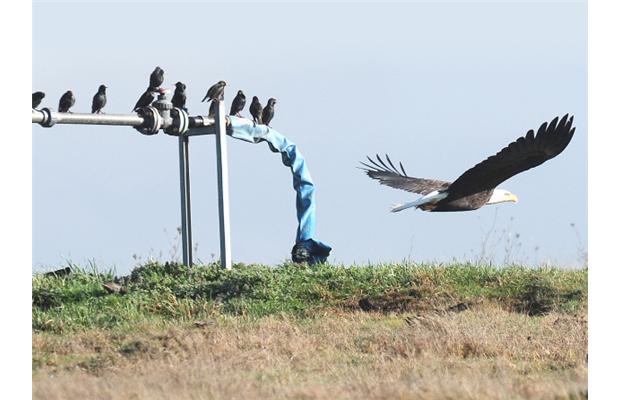 PHOTO – NICK PROCAYLO/THE VANCOUVER SUN
Sometimes a dozen or more eagles sit together on one thing.

The dump is a great place to hunt

Shamess says the dump is a great place to hunt.

It is close to the Fraser River and the delta. The dump is “a very nice open area with plenty of places to perch.” 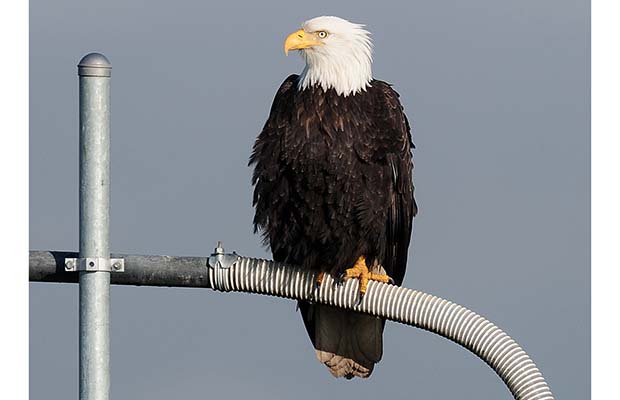 The eagles may be in trouble

Things are changing near the Vancouver landfill. The area around the Fraser River is being developed.

All these things together reduce the available habitat. 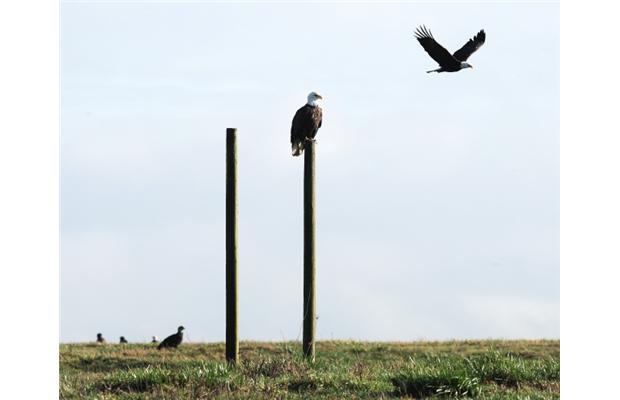 The Vancouver landfill site is 225-hectares near the Burns Bog in Delta.

The landfill gets about 1500 tonnes of garbage every day.

The methane gas created by the garbage is kept and used to power a local greenhouse.