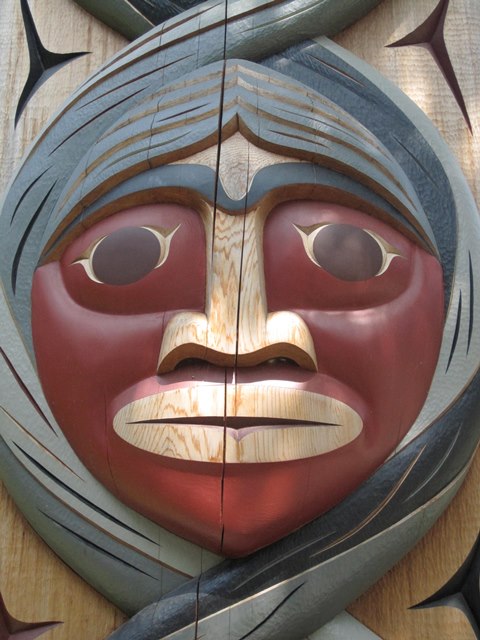 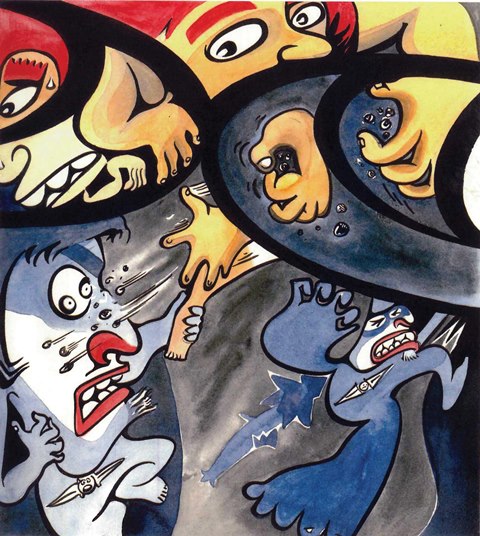 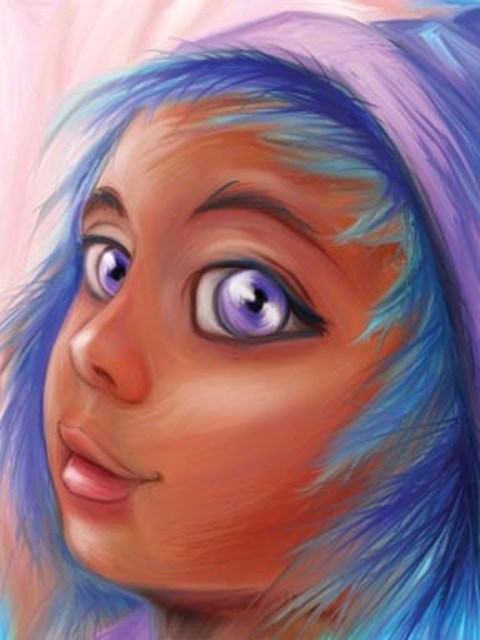 Michael Nicoll Yahgulanaas is a Haida artist.
He was born in Prince Rupert, B.C. in 1954.
But Michael was raised in Haida Gwaii
The old name for Haida Gwaii is Queen Charlotte Islands*.

Why did Michael start drawing manga?

One day, some Japanese students visited Haida Gwaii, B.C.
They told Michael that his art looked like
Japanese comic books.
These books are called “manga”.

Michael does other art, too.
He works with metal and wood.
His exhibits are in Canada and all over the world.
Click here to see his work. 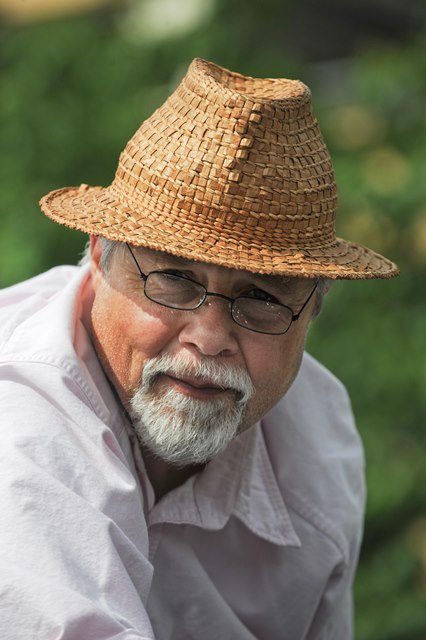