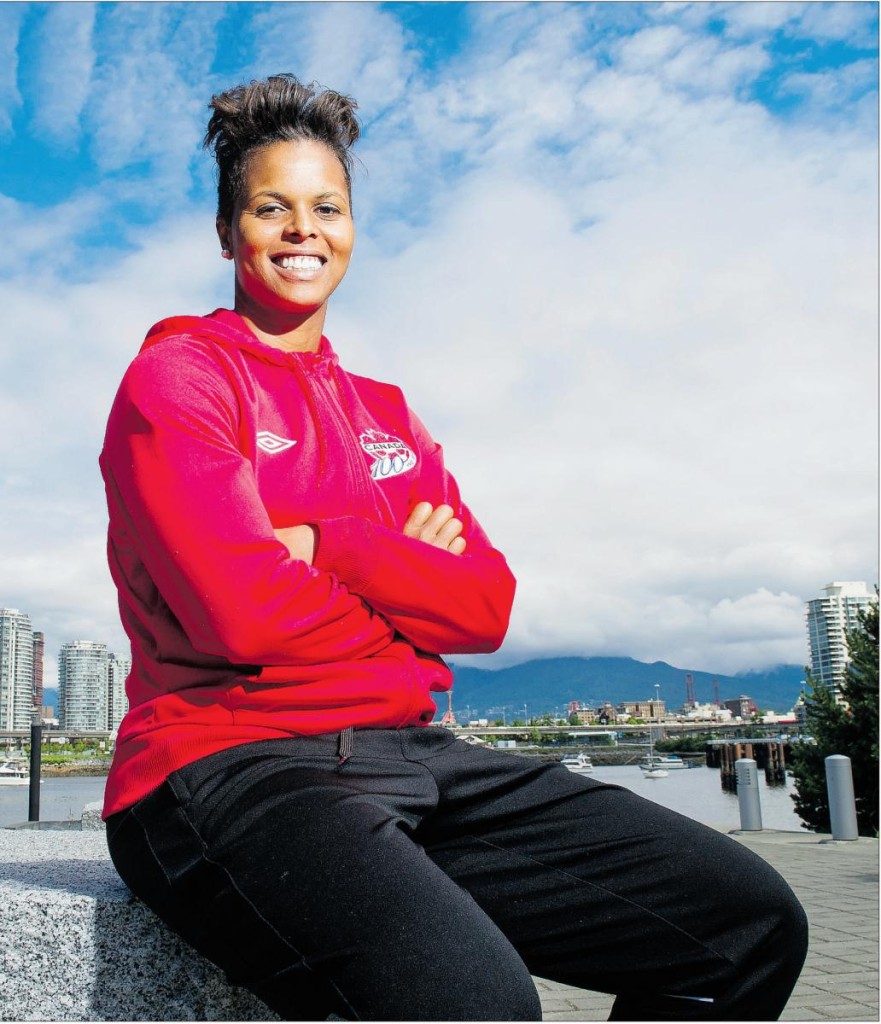 Canada’s women’s soccer team is playing
in the 2015 FIFA Women’s World Cup.
Karina LeBlanc is a goalkeeper
for Canada’s team.

Growing up
Karina was born in Dominica.
Her father is Dominican and
her mother is Jamaican.

Karina and her family moved to Maple Ridge, B.C.,
when she was eight years old.
It was difficult.
Karina says she had a thick accent,
so the school put her in ESL.
Her mom was angry, she remembers.
Karina spoke English well.
Three days later, Karina was out of ESL.

A map of Domiinca
Public Domain

Karina was always athletic.
As a child, she climbed trees.
She was a fast runner.
At school, Karina started playing soccer
when she was 12 years old.
She scored a lot of goals.
Later, Karina became a goalkeeper.

Olympic dream
As a young woman, Karina dreamed
of playing in the Olympics
or the Women’s World Cup.
She also dreamed of hearing “O Canada”
and winning a medal.

Karina achieved all three of her dreams.
Karina became one of Canada’s
Women’s soccer goalkeepers at 18 years old.

What’s next for Karina?
She hopes her team will win
the 2015 FIFA Women’s World Cup.
Karina is now 35.
She has been a goalkeeper for 17 years.
She is retiring from international soccer
after this Women’s World Cup.

Karina plans to continue playing club soccer.
She has enjoyed being
an assistant soccer coach in the past.
Maybe she will coach again.