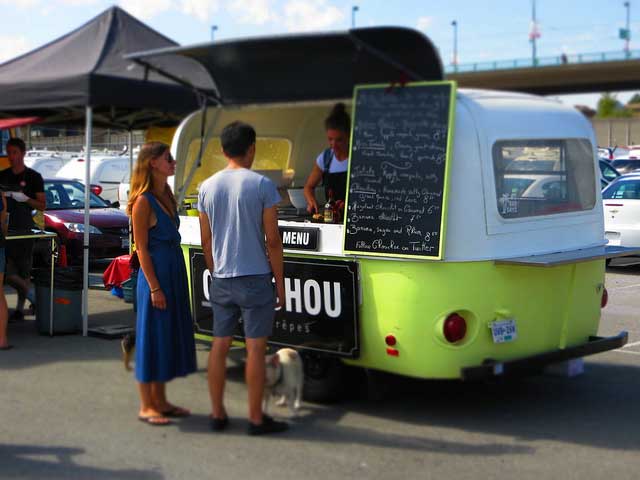 All over the world, local people eat food served from a cart on the street.

In North America, eating from food carts, or food trucks,
is a very popular activity.
There are even festivals that celebrate this kind of food.

The food in Canada isn’t as cheap as in many other countries.
And the food is sometimes strange. But it is often very tasty!

You can visit food cart festivals in Metro Vancouver in the summer.
There are also vendors, live music, kids activities, and more to explore.

There are food carts in many B.C. cities and towns. Here are some suggestions:

Food carts around BC

In Metro Vancouver, you can use your cellphone to find a cart near you by using this cellphone app.

Kamloops:
Here is a list of food trucks in Kamloops.

(Source: The Province and The Vancouver Sun)