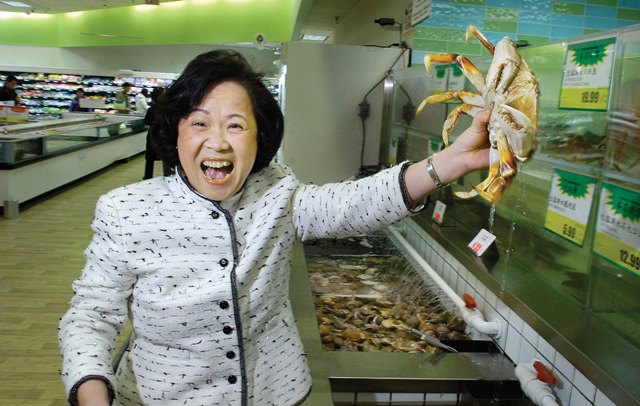 Adapted from The Vancouver Sun and
T&T Supermarket company website

Cindy Lee came to Vancouver
from Taiwan in 1972.
She just wanted to have a simple life.
Lee shopped in Chinatown in the rain
with her three children.
Shopping in Chinatown
was not convenient (con-vee-nyint).
There were no shopping carts.
There was no parking and there were no washrooms.

Lee saw an opportunity (a chance or a need).
In 1993, Lee opened her first T&T Supermarket
in Metrotown, Burnaby.

Today T&T is the largest Asian
grocery store chain in Canada.
There are 17 stores in British Columbia,
Alberta, and Ontario.
T&T carries over 15,000 food items
from Asia.

Maybe Lee can now have the simple life she wanted.

*T&T the name comes from the two companies
that invested money in the grocery store.
T&T also stands for Tina and Tiffany, Cindy Lee’s two daughters.