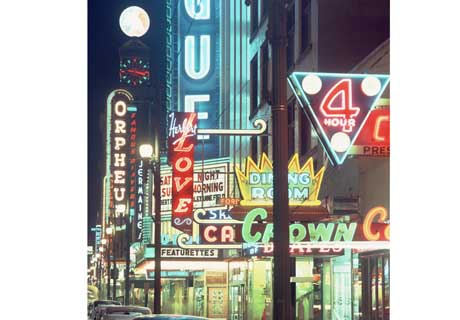 Adapted from The Province by Nila Gopaul

Neon signs are electric signs.
They contain neon and other gases.
The signs are made of glass tubes.
These tubes are bent
and made into interesting shapes
with different colours.

In the 1950s, Vancouver had 19,000 neon signs.
This means that there was one sign
for every 18 people!
The only city with more neon signs
per capita* was Shanghai.
*per capita – per person/per head

Click here to see photos of Vancouver (then and now).
Click the photos
to see how the places have changed.

In Vancouver, some people thought neon signs
added excitement to the streets.
Other people felt neon made the streets look cheap.

Today many artists and architects
use neon lighting. 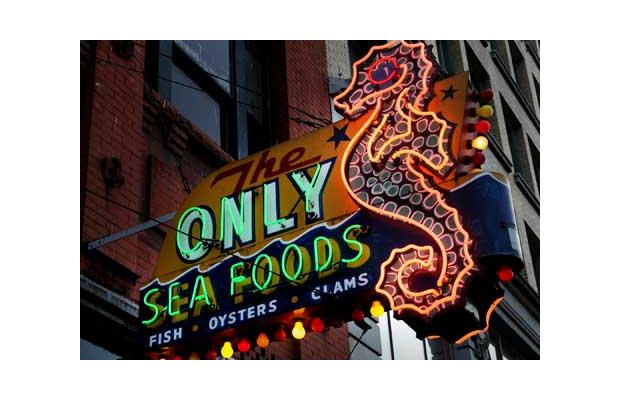 A well known neon sign on East Hastings Street before it was taken down in 2010.
Photo by Ian Smith/The Vancouver Sun