Remembrance Day reminds us of those who served for Canada. When the Second World War started, Chinese Canadians did not have the right to vote. Their contribution to Canada’s war efforts helped them gain the right to vote in 1947.

George Chow was one of about 600 Chinese Canadians who served in the Second World War.

Chow was born in 1921 in Victoria, B.C. His family moved to Saanich, where his father was a farmer.

Chow did not want to be a farmer like his father. When he was 18, he volunteered to serve in the Second World War. He did not tell his parents he was joining the Canadian army. 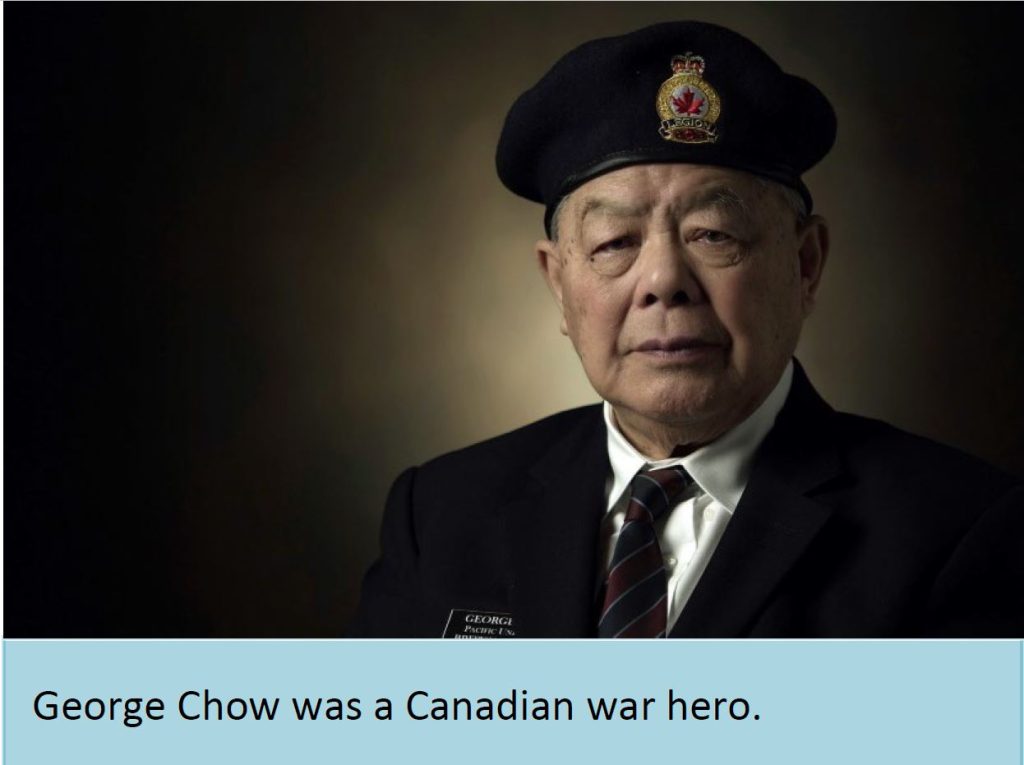 Chow trained in both Vancouver and Windsor, Ontario. In 1941, he was sent to a base near Colchester, England. Chow was part of the first all-Canadian gun crew to shoot down a German plane in England. Chow fought in France, Belgium, Germany and the Netherlands during the Second World War.

“You just live from day to day, actually. If someone says they weren’t scared, then they’re just lying,” Chow said in an interview.

Chow met Mabel Rose in England. The couple were married during the war. They had two children. Chow and his family came to Canada after the war. He retired from the army in 1963.

Chow’s daughter says he spent his retirement going to schools to speak with children about Remembrance Day.

“There is no glory in war,” Pat Wilson remembers her father saying in a speech.

Chow died on November 6, 2020. He died the day after he celebrated his 99th birthday.