A girl from Vancouver becomes part of history.

Adapted from The Province by Nancy Carson
Level 2

South Vancouver’s Little League
baseball team was in the U.S.
for two weeks this summer.

The team won the Canadian
championships in Quebec,
in early August.

So, they won the chance to go to
the Little League World Series.
The series is always in the U.S.

Someone unusual
People at the series closely watched
one Vancouver player, Emma March.
They watched an American girl, too.
Why? Emma and Mo’ne Davis,
are only the 17th and 18th girls
to play in the series in 68 years!

PLAY FAIR! Little League players learn to “play fair” and their parents are expected to follow that example themselves.

Watch a video interview with Emma March and Mo’ne Davis.

About Emma
Emma is 12 years old.
She is the only girl on her team.
She pitches. She plays first base.
Emma’s twin brother, Evan,
is also on the team.
He is three minutes younger
than his sister.

Is it hard being the only girl?
Emma says, “ It’s no big deal,
because the boys don’t see me
as a girl, they see me as
a ball player. They respect me
because I am good.”

The beginnings
When Emma and Evan were five,
their father Derrick March
showed them how to play baseball.
Now they are playing on a winning team
with other 11- and 12-year olds.

Practice makes perfect
Their coach Brian Perry says
the team is very talented.
He says he has coached some kids
since they were four years old.
Perry says, “ A lot of these kids
are at the park every night,
doing extra practice….”
The president of the league said,
“They worked very, very hard
for a long, long time.”

A lot of attention
Emma was surprised in the U.S.
People asked for her autograph.
Mo’ne Davis also got attention.
Mo’ne’s photo was on the front cover
of the magazine Sports Illustrated –
the first little league player
to ever be on the cover.

Throw like this girl!
Mo’ne, 13, can throw
a ball 70 mph (113 kmh)!
Many batters cannot hit her pitches.
She was the first girl to pitch
a ‘shutout’. This means she pitched
for a whole game and
the other team scored no points.

Girls can play baseball
Sixty-four years ago in the U.S.,
a 13 year-old girl cut off her hair
and joined a team.
She called herself Tubby, the name of
her favourite comic book character.
At first, no one knew she was a girl.
Her real name was Kay Massar. 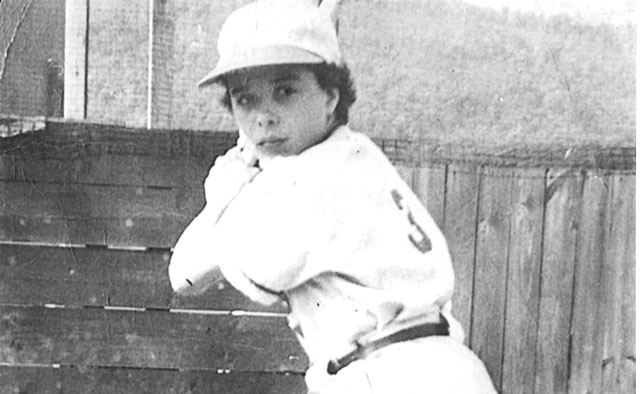 Vocabulary:
Series: events or games that happen one after the other