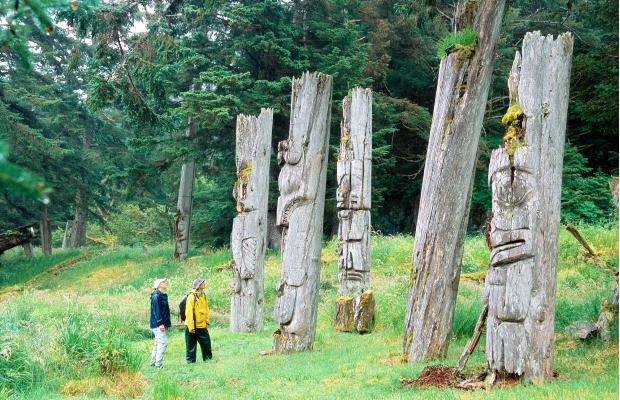 Readers of The Province newspaper named the Seven Wonders of BC. The Haida Gwaii won.

Andrew Merilees is mayor of the Village of Masset. He says, “It’s an amazing place.”

The area is isolated. It is difficult to get to Haida Gwaii. You can fly there in 2 hours from Vancouver.

The villages, heritage site and art are special. Bill Reid carved a totem pole that stands there.

The Seven Wonders of BC were: 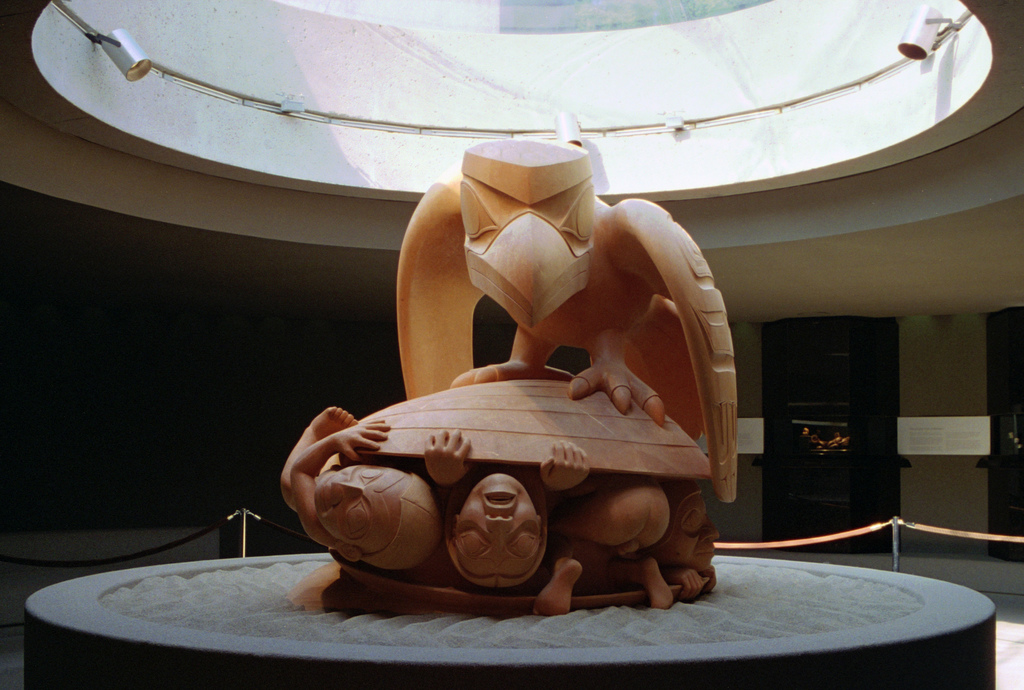 A Bill Reid sculpture called The Raven and First Men.

This sculpture is carved from yellow cedar. The carver was Bill Reid. Bill Reid is a famous Haida artist.

The sculpture is called The Raven and First Men. It is on display in the Museum of Anthropology at UBC.

The carving shows the Haida story of human creation.

Raven walked alone on the sand. One day he found a clamshell. Small humans were inside. He helped them get out. They became the first Haida.