Haida Gwaii is a group of islands. It is off the west coast of British Columbia. 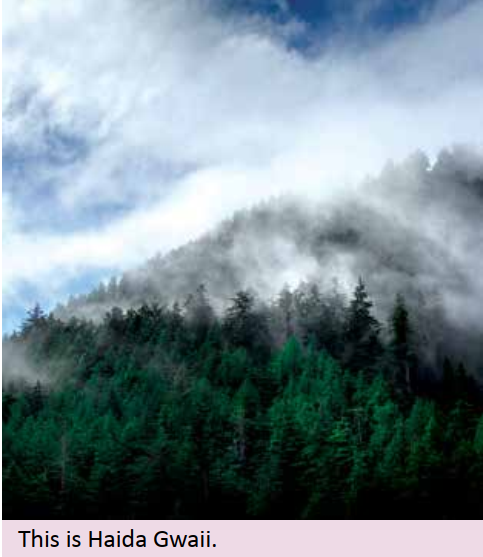 Haida Gwaii means “islands of the Haida people.” It used to be called the Queen Charlotte Islands. 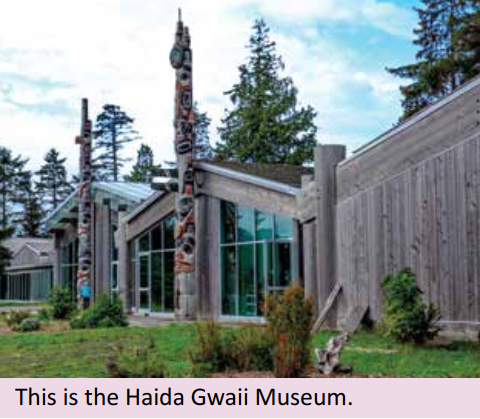 Haida Gwaii is beautiful. It is a good place to travel.

There are no buses on Haida Gwaii. There are some taxis. You can drive many places. To go some places, you must take a boat.

There are two ways to get there. You can take a ferry from Prince Rupert. You can also fly from Vancouver. 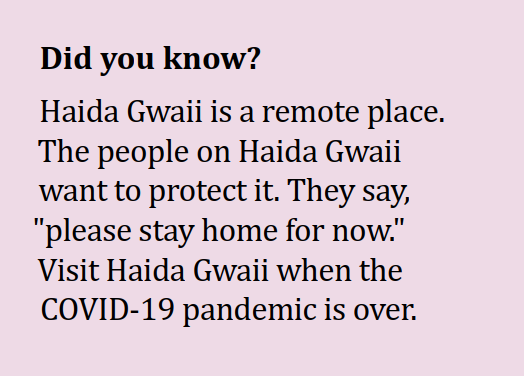 Watch some videos about Haida Gwaii’s history and culture: