Trevor Yellowbird is a hero. Trevor and his sister, Robin, saved three people from a house fire.

Gurbux Dhanjal was Yellowbird’s landlady. She lived upstairs with her daughter, father and mother.

The fire started upstairs. Yellowbird broke down the door.

“I ran back in and up the stairs and dragged my landlady out. I didn’t even think about it. It was just the right thing to do.”

He saved his landlady and her father. He pulled them out of the house.

He was not able to save Dhanjal’s mother.

Dhanjal’s daughter was still in the house. Robin Yellowbird and her son, Kelly, put a mattress under a window.

Dhanjal’s daughter jumped out of the window.  She landed on the mattress. She broke her ankle.

Deputy Fire Chief Dan Barnscher said, “He made at least two attempts to pull people out… There is little doubt that he is a hero.”

Firefighters found four smoke detectors in the house. None of them worked. 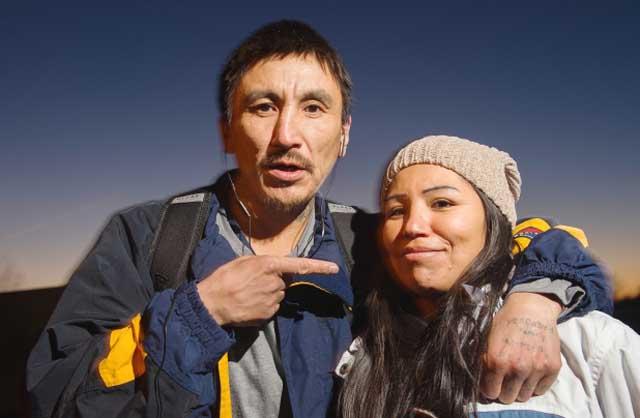 Trevor Yellowbird was a hero once before.
Yellowbird rescued people from a fire 20 years ago.

He and a friend walked by a house in Edmonton. The house was on fire.

They ran in and grabbed a young mother and two children. Yellowbird was 19 years old.

Trevor Yellowbird is a carpenter. He is a member of the Pigeon Lake Indian Band in Alberta.

He and his two-year-old son, Jacob, moved to BC. They stayed at a family shelter in New Westminster for a week.

He moved into the basement suite only a few weeks before the fire.

After the fire, they moved back into the shelter in New Westminster. They lost everything.

The Yellowbirds moved to BC to start a new life. “It’s far from home, but a place to start again, a new world,” says Trevor.