Elephants know the voices of their enemies 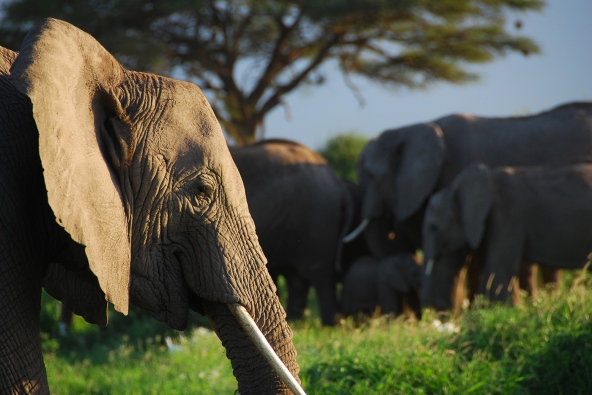 An African elephant listens carefully.
Elephants can tell which humans might be dangerous to them.
(Photo courtesy of Karen McComb)

Level 3
Adapted from The Vancouver Sun by Nancy Carson

Can you recognize different languages?
Do you say, “Oh, that sounds like Spanish,”
or “That sounds like French.”
Can you do it when you do not understand the words?
Elephants can!

Listen to the story Elephants know the voices of their enemies. Reading by Nila Gopaul-Level 3

Enemies of elephants
Elephants are the largest land animals
on Earth. And they are very intelligent.
Only two animals scare elephants.
One animal is very small and
the other is much larger.

Bees and people scare elephants.
Honeybees have been in Africa
for millions of years,
much longer than people.
Lions will also sometimes
attack elephants.

Danger from humans
Many animals will run
any time they hear humans.
But, a smart animal does not do that.
Not all people scare elephants.
Elephants only become alert
and move away when they hear
some kinds of human voices.

A new study about elephants
Researchers Karen McComb and Graeme Shannon
tested the elephants.
They took a large loud-speaker
and covered it with sticks.
Then they placed the speaker about 50 metres
from a place where 47 elephant groups
walked by at different times. 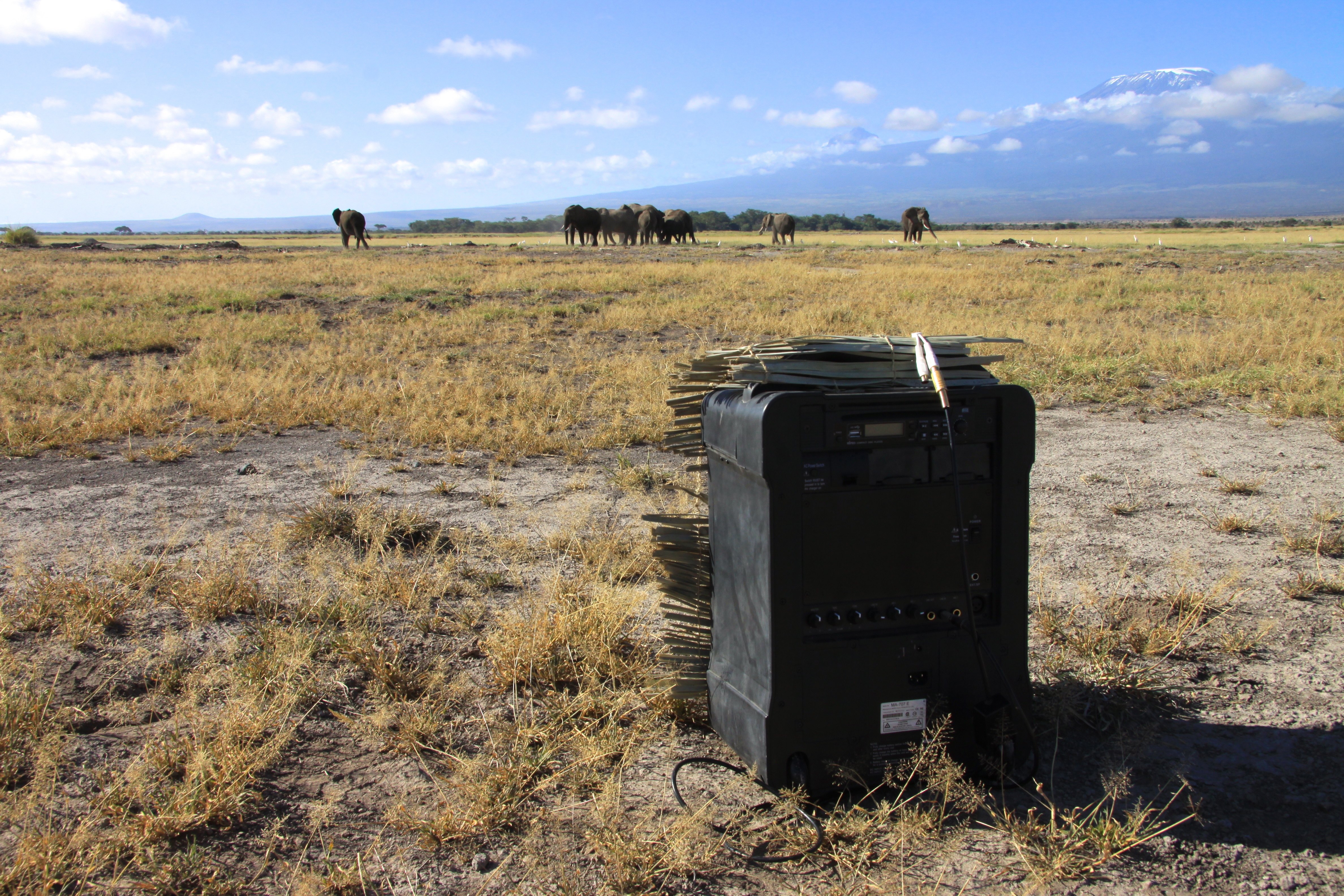 Loudspeaker in the field close to the elephant family, ready to play the voices
(Photo – Courtesy of Graeme Shannon)

Elephants never forget
While humans are studying elephants,
the clever animals are also studying us.
They are using their famous powers of memory,
said Karen McComb.
At the University of Sussex in England,
McComb studies how animals behave and think.
“Memory is key. They build up that knowledge somehow.”

The listening experiment
McComb and Shannon recorded different voices.
All the voices said the same thing.
“Look, look over there,
a group of elephants is coming.”
They recorded the voices
of Maasai men and Kamba men.
They also recorded a Maasai woman
and a Maasai boy.

The Maasai and the Kamba
The Maasai sometimes kill or hurt elephants.
These people are cattle herders.
Cattle need water and places to graze.
Elephants need the same thing.
The Kamba are farmers.
They rarely harm elephants
unless the elephants eat their crops.

How elephants reacted
The elephants heard the Maasai voices
on the loud-speaker.
The animals lifted their trunks
and sniffed the air.
They moved into a huddle.
They did not do this often
when they heard a male Kamba voice.

Women and children’s voices
The animals often ignored the sounds
of Maasai women and children.
Or they bunched together loosely.
Elephant families with a 42 year-old matriarch
never moved away
when they heard boys’ voices.
Families with younger matriarchs
moved away about 40% of the time.
The elephants were most scared
when they heard male voices.

Vocabulary:
1. alert: quick to notice anything unusual or dangerous
2. graze: to feed on land covered by grass
3. matriarch (MAY – tree- ark): a woman or female animal
who is the head of a family or tribe

CHALLENGE EXERCISE:
Are you as smart as the elephants?
Directions for the exercise –

1. LISTEN to the three recordings below.
Remember that each person is speaking the same words:
“Look, look over there, a group of elephants is coming.”
– Listen until you can remember the sound of each language.

2. IDENTIFY each voice
– Is it male or female? Young or old?
– Now cover the names of the languages on the three recordings.

4. Which language do the elephants fear most? Why?

5. Try this with a partner. Can you fool him or her?

White elephant
Something that has cost a lot of money
but has no useful purpose.
Those antique vases Aunt Mary gave me are white elephants.
They’re ugly and I have no place to put them.