I feel happy when I dance 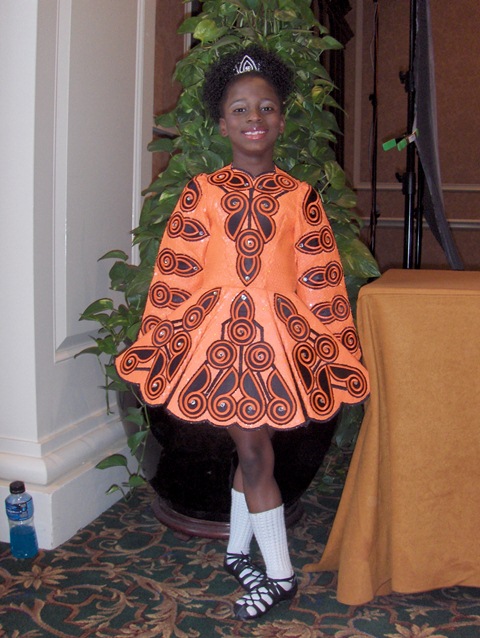 Jesula McCallum at age 6, in a special dress and shoes, at the North American Irish Dance Championship in the U.S.
Photo by: Kelly McCallum

Jesula McCallum lives in Chilliwack, B.C.
She is ten years old.
And she loves to dance.

Jesula’s story
It is five years ago. Jesula lives far away.
She lives in Haiti with many other children.
All the children are orphans.

Jesula is adopted
When Jesula is five, Kelly McCallum goes to Haiti.
She adopts Jesula.
Kelly comes back to Chilliwack with Jesula.
The child cannot speak any English. Little by little, she learns.

Jesula learns many things
Jesula has an older sister. Her name is Hannah.
Hannah does Irish dancing.
Then Jesula wants dance lessons, too.
She practices and practices.

Best dancer in B.C.
Jesula is now the best Irish dancer for her age.
In April, she danced in Ireland. 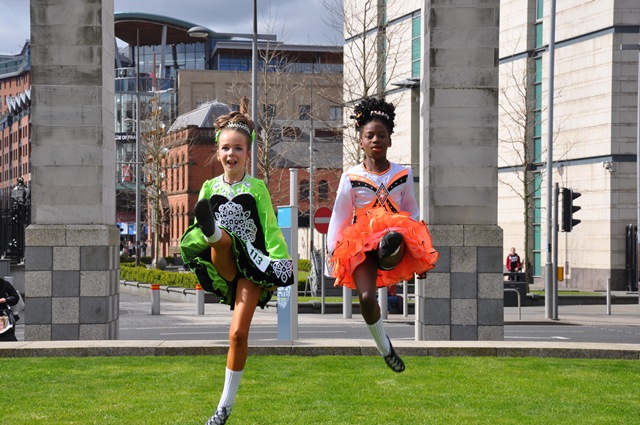 Jesula McCallum and Olivia Butzelaar of Coquitlam practising at the championships in Belfast, Ireland, in April
Photo by: Kelly McCallum

Irish dancing
Jesula has a special dress for dancing.
The dresses cost about $1500 to $2,000.
She has special shoes for dancing.
She likes the dresses. And she likes to travel, too.
“And I meet a lot of kids,” she says. “I feel happy when I dance.”

Another sister
After three years, Kelly adopts another girl from Haiti.
Her name is Maudeline. She is now 13.
Now there are three girls in the McCallum family.
The girls are 17, 13 and 10.