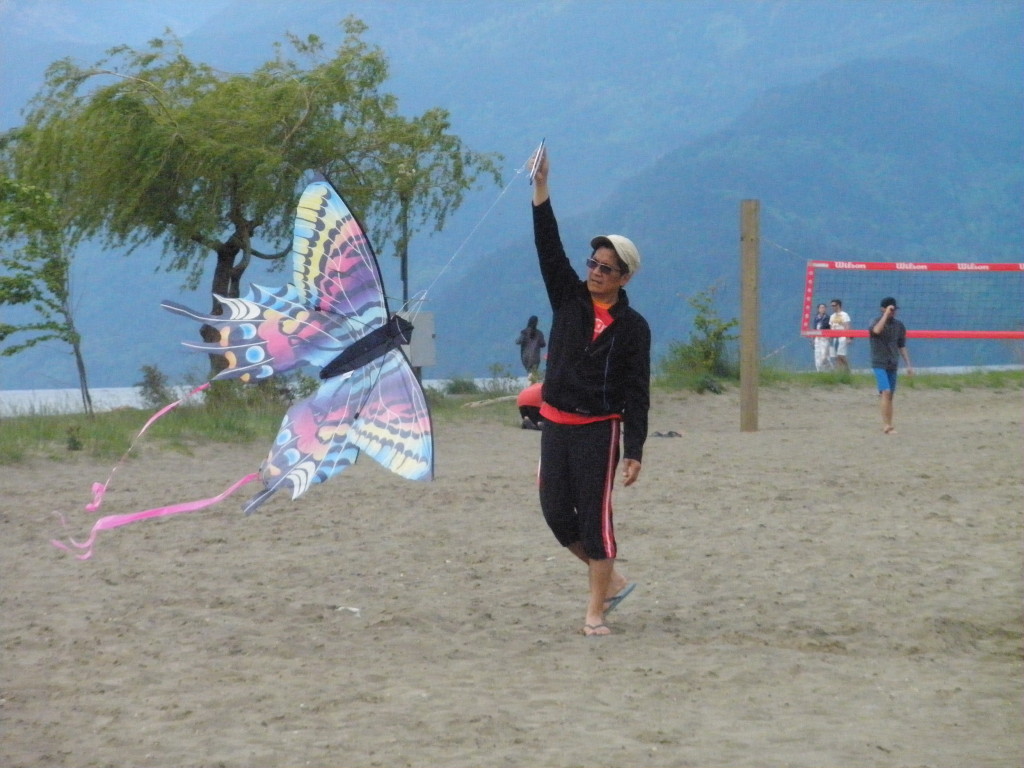 A man is flying a kite.
Photo submitted by Bob Luo

Kites were invented in China.
China has two perfect materials
for building kites.
Kitemakers use silk and bamboo.
Silk is used to sail the kite.
Bamboo is used to make the framework.
Bamboo is lightweight but strong.

The shapes, sizes, and colours of kites are not the same.
Some kites are longer in kilometres.
There are many designs.
For example, some kites look like flying insects,
birds, and other animals. 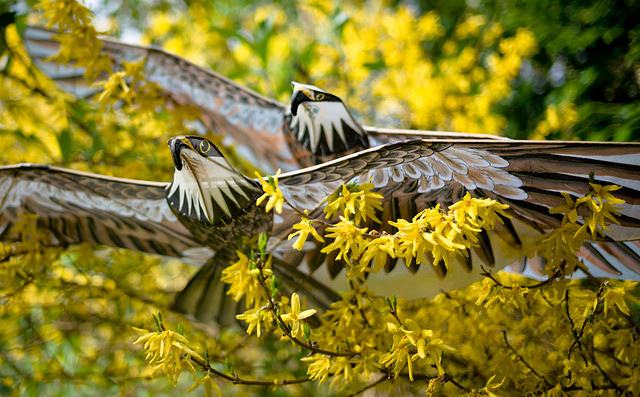 These silk and bamboo kites were made by Mr Qian. He is a kitemaker in Weifang.
Photo by Paul Chapman/CC, Flickr

Weifang, Shandong, China,
is the kite capital of the world.
Every year, Weifang has a kite festival
from April 20th to 25th.

Museum
Washington state has a kite museum.
The name of the museum is The World Kite Museum.
The museum tells exciting stories about kites.

Anyone can fly a kite – children and adults.
When did you last fly a kite?