Legal Aid BC: Getting a divorce – Part 6 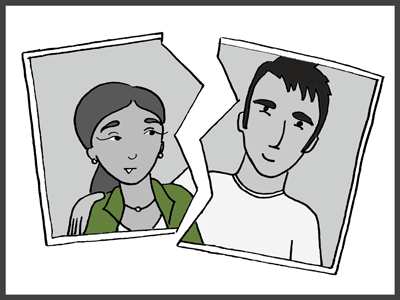 Submitted by Nate Prosser and Alex Peel, Legal Aid BC,
Edited by Nila Gopaul • Illustrations by Danette Byatt
Legal Aid BC – Getting a divorce, Part 6/6

Sally was in an abusive relationship.
Sally and her children left home.
They stayed somewhere safe. 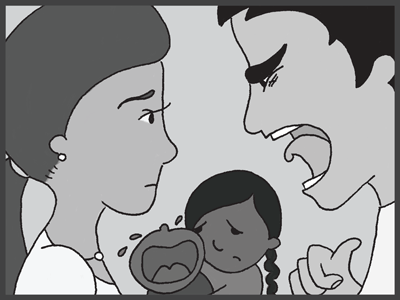 A few months have passed.
A lot has happened.
Now Sally is telling
her friend Marsha about her experience. 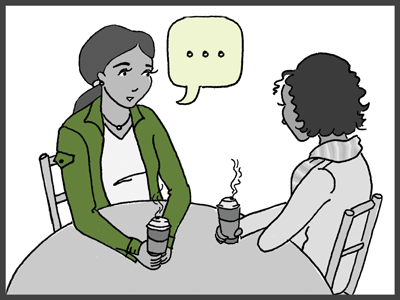 “When I first left I needed help,” Sally says,
“I talked to a community worker named Lisa
and she talked to me about abuse.
She told me who I should talk to.”

“I was scared.
I wanted to make sure
that the children and I were safe.” 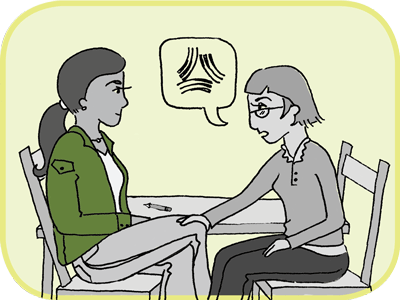 “Lisa told me
to phone Legal Aid BC.”

“They give legal aid right?” Marsha asks.
“Yes,” Sally replies,
Lisa told me I could speak
to a lawyer for free. 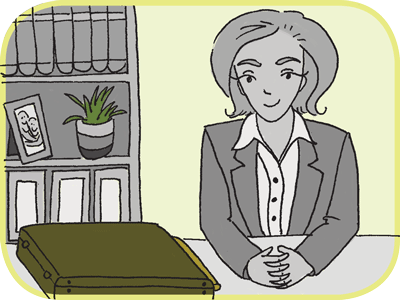 Sally explains that she met with the lawyer.
The lawyer helped Sally get a protection order. 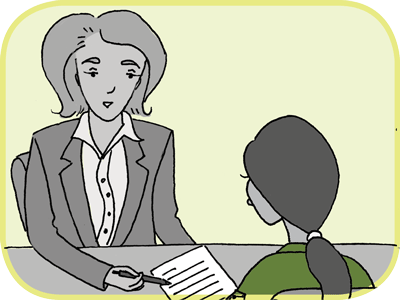 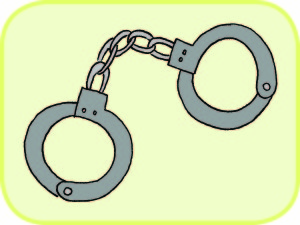 The lawyer also helped Sally get an interim order.
Sally was worried about money.
She wanted to know
what would happen with her children.

Sally and her husband could not agree on
what would happen, so a judge decided for them. 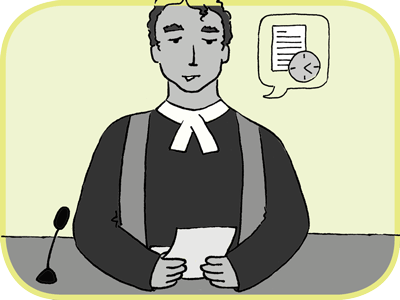 Sally explains that an interim order is short term.
It only lasts until Sally and her husband
can agree on what will happen to the children
and their home.

“What’s next?” Marsha asks.
“Now we need to get divorced.” Sally says.

“When I got divorced,” Marsha says, “I did it myself.
I couldn’t afford a lawyer,
so I found a website that told me how to do it myself.”

Surprised, Sally asks, “You did it yourself?”
“It took some work and time,
but I did it myself.”
Marsha looked proud.
“Here,” she says, “I think I can find it.”

Marsha searches on her phone.
She finds the website and shows Sally.
It says Family Law in BC.
There is a guide that tells her
how to do her own divorce. 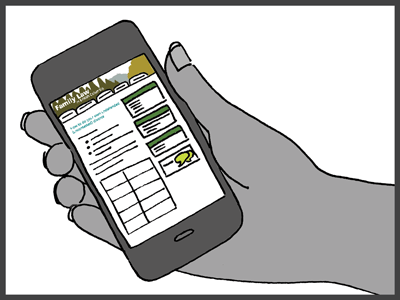 “That looks helpful,” says Sally,
“my lawyer is still going to help me,
but I should read that information
to understand what might happen.”

Learn how to apply for legal aid.

For more information about family violence and divorce, visit the Legal Aid BC website: legalaid.bc.ca/publications.