Transit tax – yes or no? 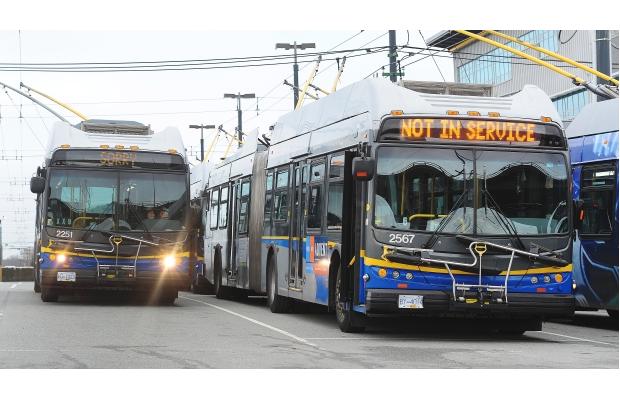 Adapted from The Province by Nila Gopaul

If you answered “yes” to these questions,
you will get a ballot in the mail. 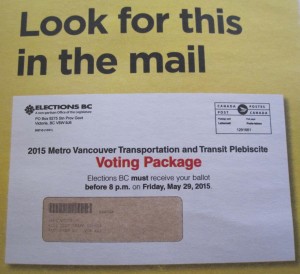 Find this envelope in your mailbox.
Photo by Nila Gopaul 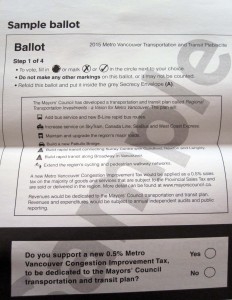 This is a sample ballot.
You can choose “Yes” or “No”.
Photo by Nila Gopaul

Why?
The ballot will ask you to vote
“Yes” or “No” on a 0.5% increase in sales tax.
The government says this increase
will help improve transit
and transportation in Metro Vancouver.

When is voting?
This voting will begin on March 16.
It will end on May 29.

What will people get for $7.5 billion?

The No side
Most people believe we pay enough taxes.
They also believe Translink
has enough money.
Some people feel Translink
is not a good organization.
It has mismanaged its budget.
It overspends.

They also think the cities
have enough money.
For example, Surrey Mayor Linda Hepner
has promised to build more transit
“with or without this tax”.

The Yes side
Some people feel
better transit leads to healthier communities.
Others say, there is too much traffic
on our roads now.

In 30 years, Metro Vancouver
will have one million more people.
How will everyone get around?
If we wait too long,
it will be more expensive later.

*Metro Vancouver has 21 municipalities (cities, towns and villages),
one treaty First Nation and one electoral area 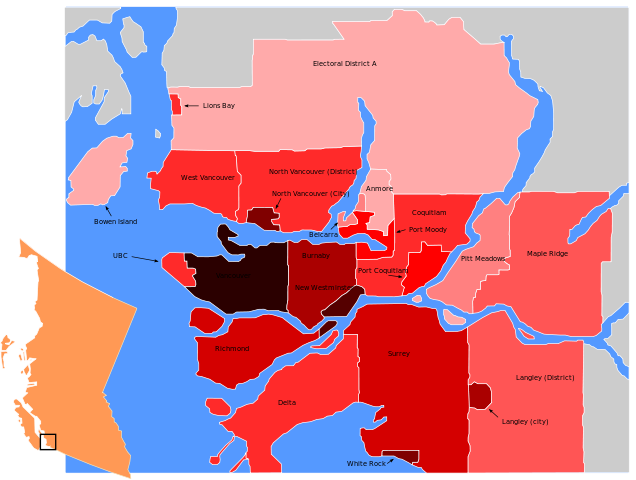