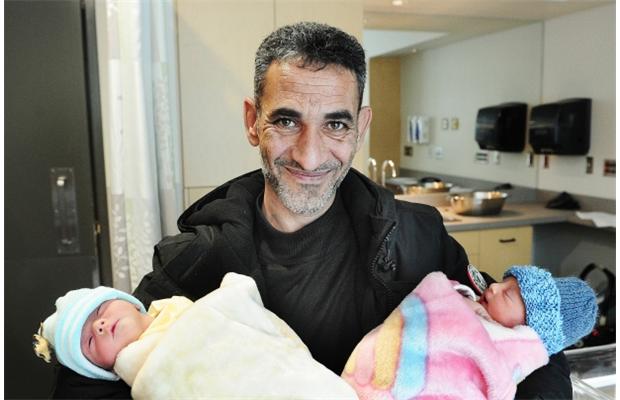 PHOTO – NICK PROCAYLO / VANCOUVER SUN
Amjad Ktifan is the proud father of twins. The twins are named Rinad and Mohammad

2016 is a year of new beginnings for many Syrian families in Canada.

The Ktifan family is from Syria. They arrived in Vancouver on January 7, 2016.

Amjad and Wadaa Ktifan left Syria with their children. They fled to Jordan. Now they are in Canada. They are refugees.

On February 29 they gave birth to twins in Surrey Memorial Hospital. Each of the twins weighed five and a half pounds.

The twins were two weeks early. They are both healthy. The family is grateful for the care they received at the hospital.

The Ktifan family is living in a two-bedroom basement apartment in Delta. The apartment is too small for this family of seven.

The twins have an 11-year old brother and two sisters aged 9 and 10.

The Ktifan’s hope to find a larger home in the Guildford neighborhood. Many Syrian families already live in Guildford.

Amjad Ktifan says, “Canada is a safe country.” Ktifan says he wants to get back to work and enjoy watching his children grow up in Canada.

Others need homes too 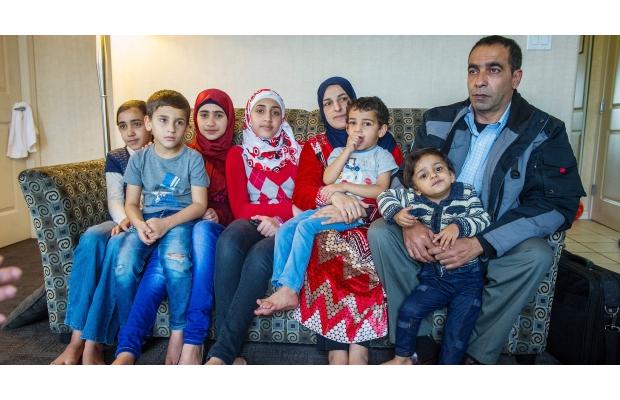 PHOTO – ARLEN REDEKOP / VANCOUVER SUN
The Sua’flan family is looking for a home.

The Sua’flan family is ready to settle into a new home.

It has been hard for the Sua’flan family to find a home. The places are too small. Some landlords don’t want a family of nine. The rent is more than they can pay.

As of February they were still looking. 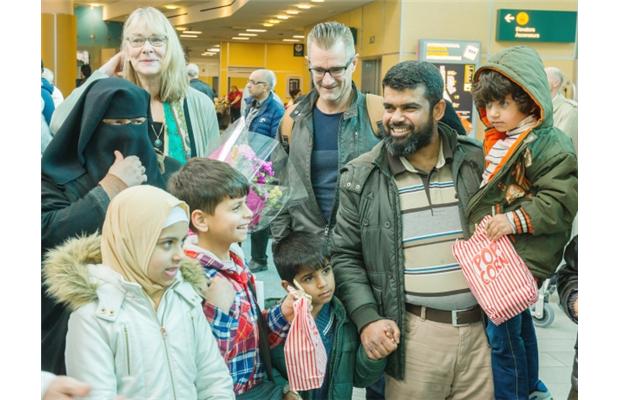 The Al-Gburi family were lucky. A church group in Surrey sponsored them to come to Canada.

The church group found a three-bedroom half-duplex in White Rock. Their new home is near a school for the six children.

Someone forced to leave their country because of danger.

For more information about refugees, click on these links:

Learn more about Welcome BC from these videos: