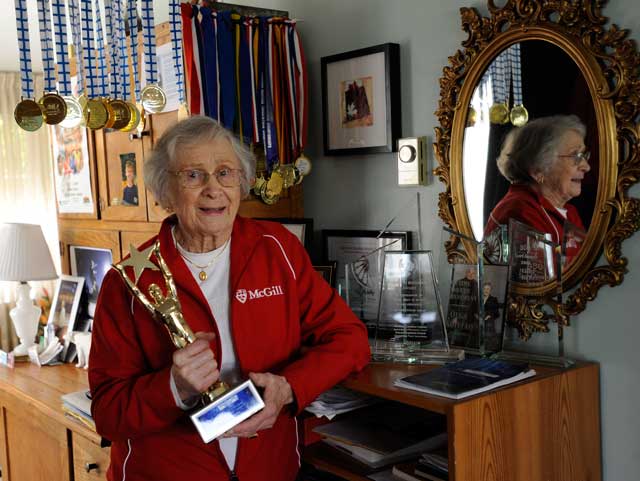 Adapted from The Vancouver Sun by Nila Gopaul
Level 1

Olga Kotelko had an interesting life.
She was born on a farm.
Alone, she raised two children.
Later, she became a school teacher.
For 30 years, she taught in Burnaby, B.C.

Olga retires
It is 1984. Olga retires.
She does yoga. She swims.
She gardens. She plays Sudoku.

Then her life changes
In 1996, Olga tries track and field.
She is 77 years old!
She runs. She jumps. She throws.
Soon, Olga starts to compete.
She travels around the world.
She wins 750 gold medals.
“Your age is just a number,” she says.

In 2014, a man wrote a book about Olga.
The book is called What Makes Olga Run?