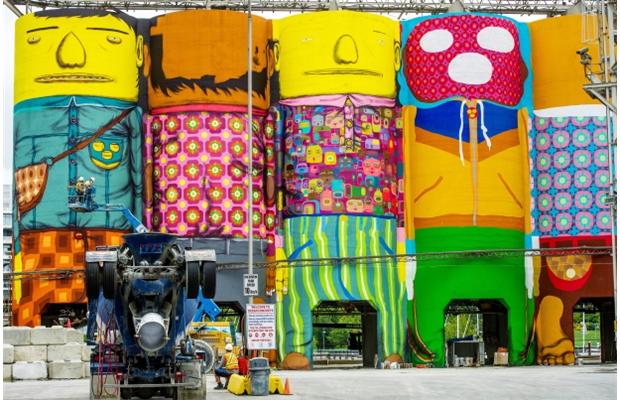 Did you know? “Monster” has several meanings, including: a) something large; b) a strange animal

Vancouver is going to have new public art soon.

Osgemeos is an artist duo from Brazil.
Gustavo and Otavio Pandolfo are twins.
Together they paint giant murals
and public art.

They are going to paint six concrete silos on Granville Island.
It is going to be a 23,500-foot monster-mural.

The artists chose the silos for their project.
They want to create the largest mural ever.
It will be famous!

The mural will be revealed on September 7th
at Ocean Concrete on Granville Island.