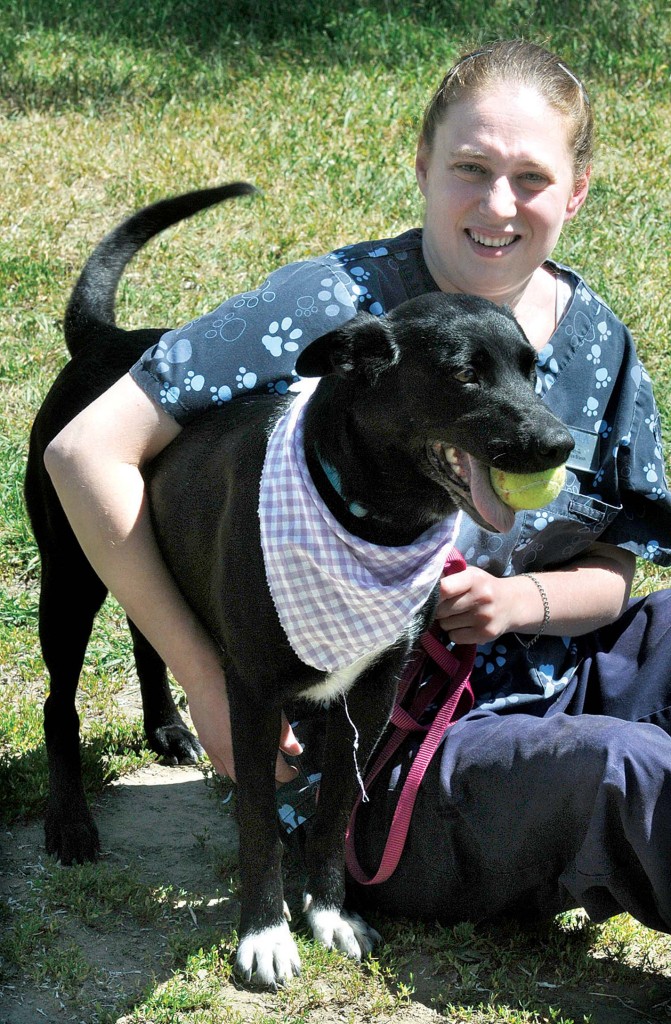 Pollux the dog escaped
through an open gate in 2010.
Her owners were heartbroken.
Pollux left Montreal and travelled
4,500 km to Kamloops, B.C.

Pollux made new friends in Kamloops.
“She was really well-behaved,” said one family.
The dog had a microchip in her ear.
So the SPCA* traced the owners.

In August, 2011, Pollux went home to Montreal on a plane.
“It was crazy!” said her owners.
They were happy to have Pollux home.
They celebrated.
Then they had a big birthday party for Pollux.
Pollux turned nine.

No one knows how or why
Pollux travelled so far.
It is still a mystery.
Maybe Pollux just likes B.C.

*SPCA – Society for the Prevention of Cruelty to Animals
Its mission is “to protect and enhance the quality of life
for domestic, farm and wild animals in British Columbia.”