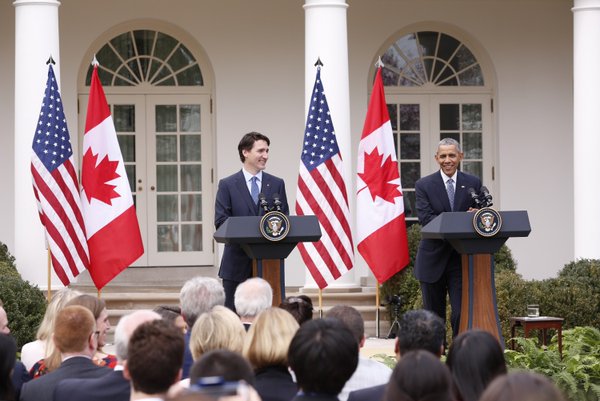 Prime Minister Justin Trudeau visited the President of the United States. He stayed for three days.

This was the first official visit of a Canadian Prime Minister to the United States in 20 years.

Hundreds of people greeted Prime Minister Trudeau at the White House in Washington, D.C. The White House was decorated with Canadian and American flags.

“We are very proud to welcome the first official visit by a Canadian prime minister in nearly 20 years. About time, eh?” U.S. President Obama said.

“We have a common outlook on the world, and I have to say I have never seen so many Americans excited about the visit of a Canadian prime minister.”

The U.S. President will come to Canada in June.

President Barack Obama will come to Ottawa in June. He will address Canada’s Parliament.

This will be the first time a U.S. President has spoken to parliament since the1990s. President Obama is popular in Canada. 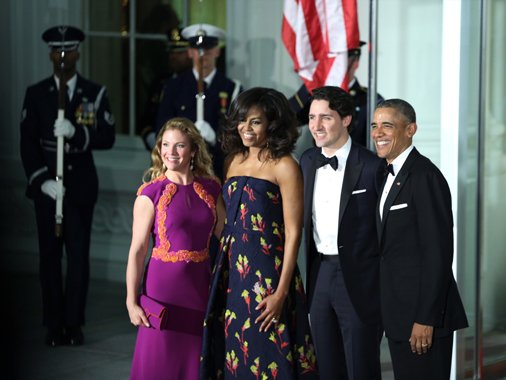 Trudeau’s visit to Washington was friendly.

Both leaders were friendly. Trudeau described the president as “my friend” and “Barack.”

Obama said people are inspired by Trudeau’s message of hope and change.

The leaders agreed to work together.

Mr. Obama and Mr. Trudeau agree that solving the challenges of globalization requires openness. Isolation is not the solution. 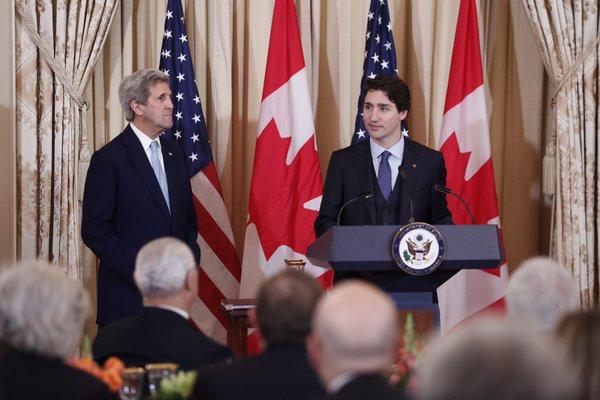 Canada and the U.S. are good neighbours.

President Obama told the crowd that Canada and the United States are blessed to be neighbours, allies and close friends. He joked that the countries disagree about things like good beer and hockey.

“Our Canadian friends can be more reserved, more easy-going. We Americans can be a little louder, more boisterous and, as a result, we haven’t always conveyed how much we treasure our alliance and our ties with our Canadian friends.”