Raise Your Hands Against Racism 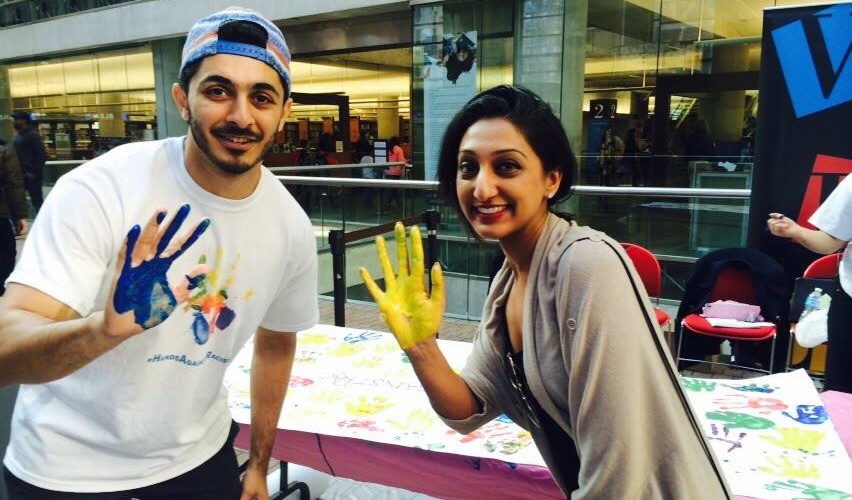 Spice Radio Vancouver 1200 AM is asking people around the world to raise their hands. They want you to show your hands in colour. They want to show that skin colour should not define or separate us.

Shushma Datt and friends started the event in 2015. The Hindu festival of Holi inspired her.

The festival of Holi is an ancient Hindu religious festival. It is popular with non-Hindus too.

The festival of Holi

Communities get together in a large water fight with coloured water and powdered paint. People dance and sing in the streets.

“Holi signifies that everybody is equal. We are all the same under all these colours,” says Datt. 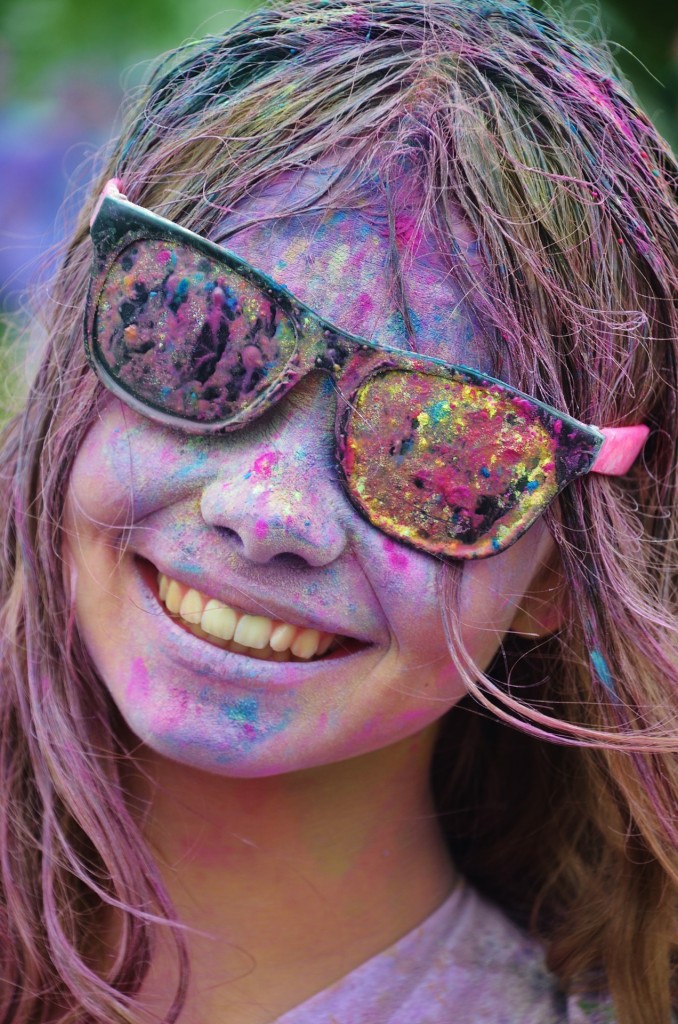 PHOTO – PIXABAY.COM
This girl is enjoying the festival of Holi.

The Raise Your Hands Against Racism campaign

To join the Raise Your Hands Against Racism campaign:

Public events will be held on March 19 around the Lower Mainland. People will come and dip their hands into coloured water. They will put their palm prints on giant murals.

Last year was a big success. People from England, Australia, India and Pakistan sent pictures. This is the second annual Raise Your Hands Against Racism event. 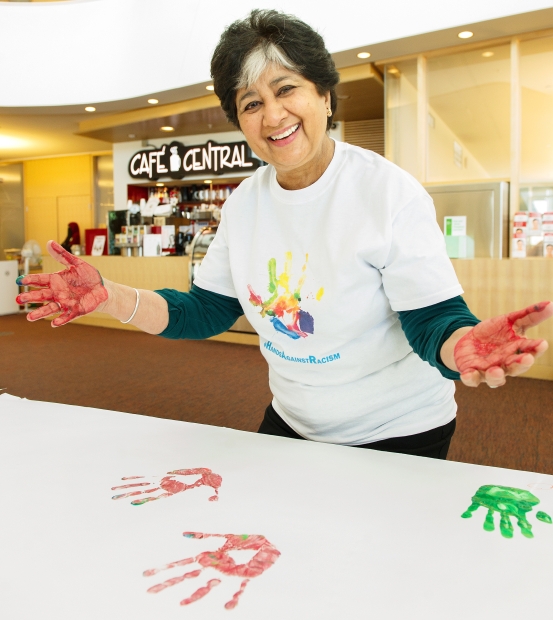 PHOTO – JENELLE SCHNEIDER / THE PROVINCE
Make a handprint.
Put it on a banner.
Sushma Datt shows you how.

Shushma Datt was born in Kenya. She got a university degree from the University of New Delhi in India. She moved to London. She worked as a broadcaster with BBC.

Datt moved to Vancouver in the 1970’s. She could not get a job in broadcasting.

After some time, Datt got a job in ethnic radio. She started her own radio station, Spice Radio 1200 AM. 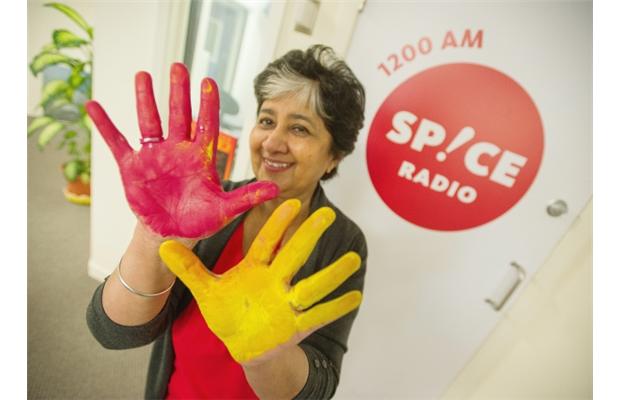 Shushma Datt produces nine television programs on Shaw Cable Television and OMNI TV. One of these shows is “Women in Focus”.

Datt has received many awards for her work.

In 2007 Shushma Datt received the Influential Women in Business Award (BC) for her many accomplishments in broadcasting and multicultural programming.

Story adapted from The Province and Vancity Byuzz by Patty Bossort