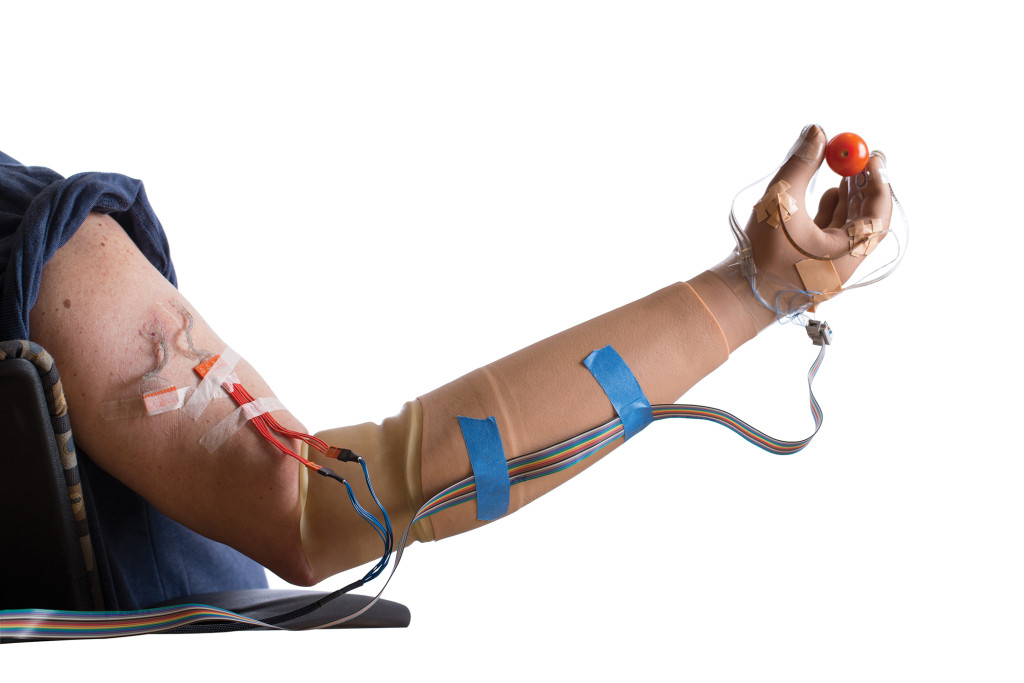 Igor Spetic of Ohio lost his right hand
four years ago in an industrial accident.
Spetic had phantom pain after
losing part of his arm.

Limb is gone, pain is real
Phantom pain feels like it is coming
from a body part.
But that body part is gone.
Almost 80% of amputees
have had ongoing pain.

Different kinds of pain
Some have feelings of burning or twisting.
Others feel itching or pressure.
Spetic said his pain felt like
a vise squeezing his right fist.
But he no longer has that fist. 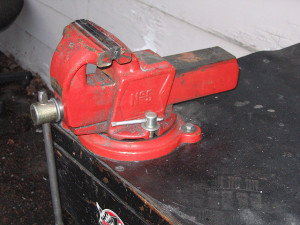 A bench vise like the one Spetic said was squeezing his missing fist.
Photo by tmib_seattle/CC, Flickr 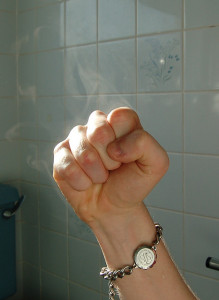 Case Western University scientists
Two years ago, researchers wired
some of the remaining nerves
in Spetic’s stump to a robotic arm.
The wires come out from under his skin.

Every month Spetic visits the lab.
Then scientists hook him up to a machine.
It sends electrical signals between
his stump and a prosthetic hand.

How it works
Sensors on the artificial hand
can give a sense of touch
from 16 to 19 spots.
Spetic could feel something
like cotton balls or sandpaper.

Research leader speaks
Dustin Tyler led the research.
In a few years, Tyler hopes
that an amputee will use
the new hand at home, too.
Now the new hand is tested only in the lab.

For the first time Spetic says
he feels like he has a new hand.
A hand which can feel. 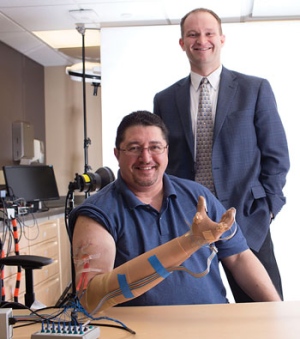 No more pain
Spetic says he has no more phantom pain.
Why did the pain go away?
The machine may be waking up
sleeping areas of the brain.
These areas once produced
the sense of touch for that hand.
Maybe the brain thinks
there is a hand there again and
there is no need for pain signals.