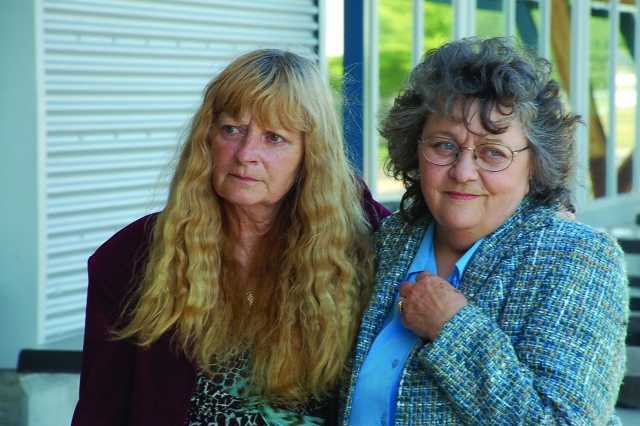 For six days in early June, Elaine Campbell was alone
on a rocky beach in Haida Gwaii, B.C.

Earlier, Elaine and her husband, Fred, were exploring the island.
They were in a small boat.

Suddenly, a large wave tipped over their boat.

Elaine cannot remember how she got to the shore.
She was wet and cold. Luckily, she had a lighter.
She built a fire.

She also made a small shelter.

Later that day, an orange and a thermos of tea
floated onto the shore.

She used the thermos cup
to collect rainwater from puddles.

On the third day, Elaine ate the last piece of orange.
She remembers it in her mouth.

She sucked it and then swallowed it.

On day six, Elaine woke in the middle of the night
and walked to the beach.
She saw a light.

She yelled and banged the fire with a stick.

Elaine said that Fred gave her the strength to survive.
“He was with me the whole time.” 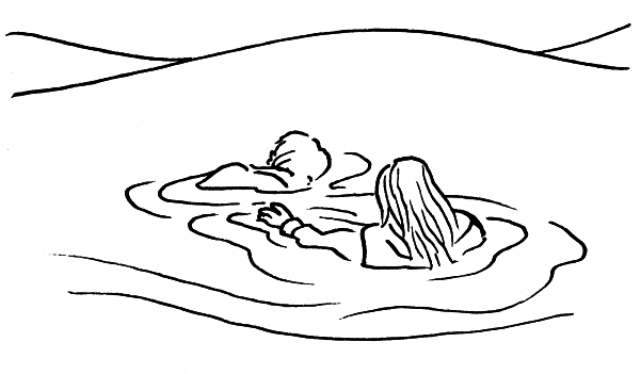 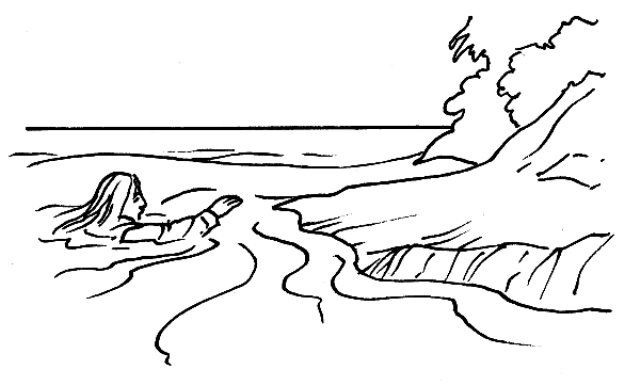 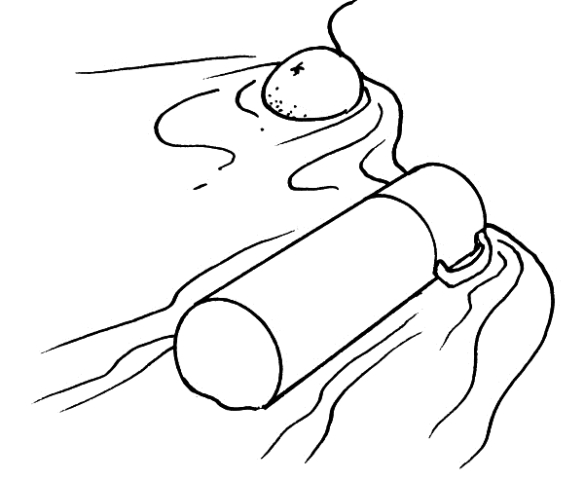 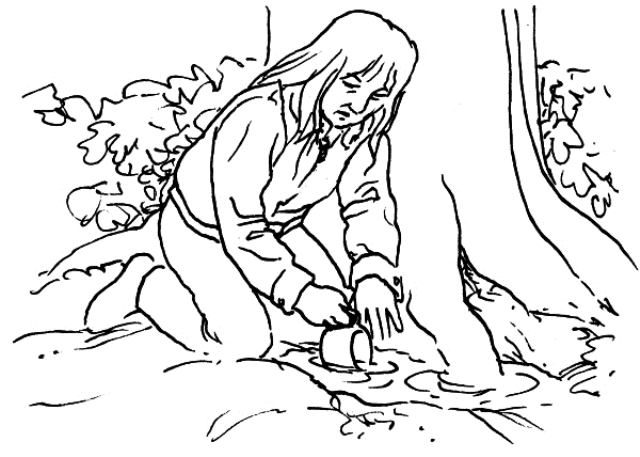 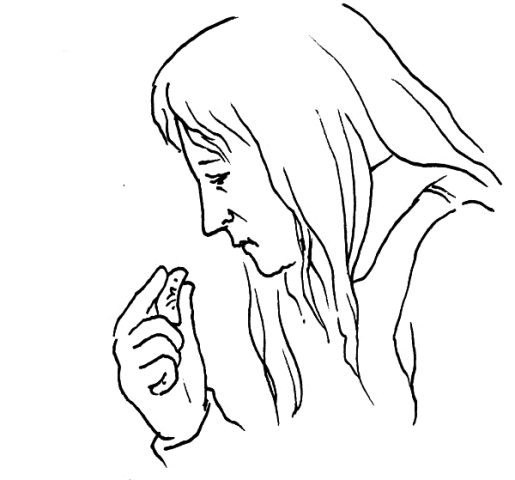 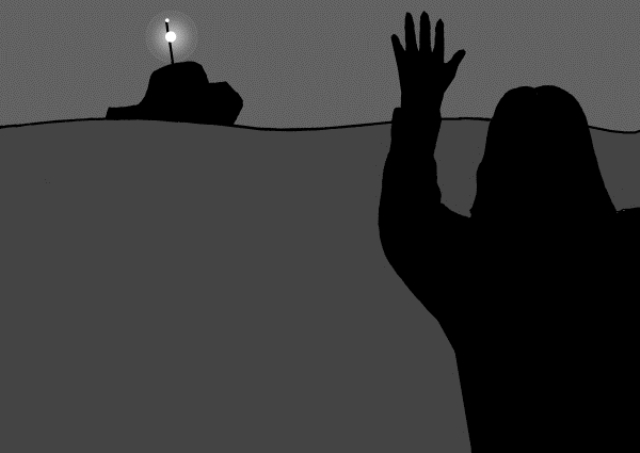