A father and a mother are essential workers.

They went to work this spring. Their daughter stayed home.

The mother used her credit card in the summer. It would not work. The card machine said “declined.”

The mother asked her family about the bill.

Her husband did not spend $12000. Her daughter did not use her credit card.

The mother was worried. Was her credit card information stolen?

She checked who the charge was from. She saw that the money went to Apple. The money was spent on in-app purchases.

The daughter started to cry.

She told her parents what happened. She had spent the money on a phone application. She used it to buy points that she could spend in the app.

The mother was upset. Her credit card company did not tell her about the big charge. If she had known, she could have talked to her daughter right away. She could have changed her phone settings so her daughter could not have used her card without a special password.

The mother asked the news for help. Later, Apple refunded the money. 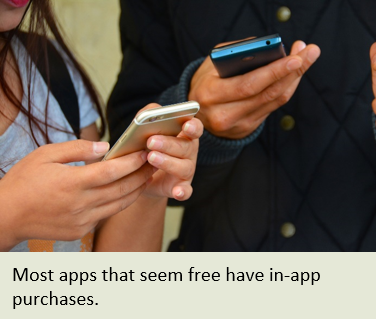 The family is not alone.

Many children spend money on apps. Most apps that seem free have in-app purchases. The purchases might be small, but they can add up over time.