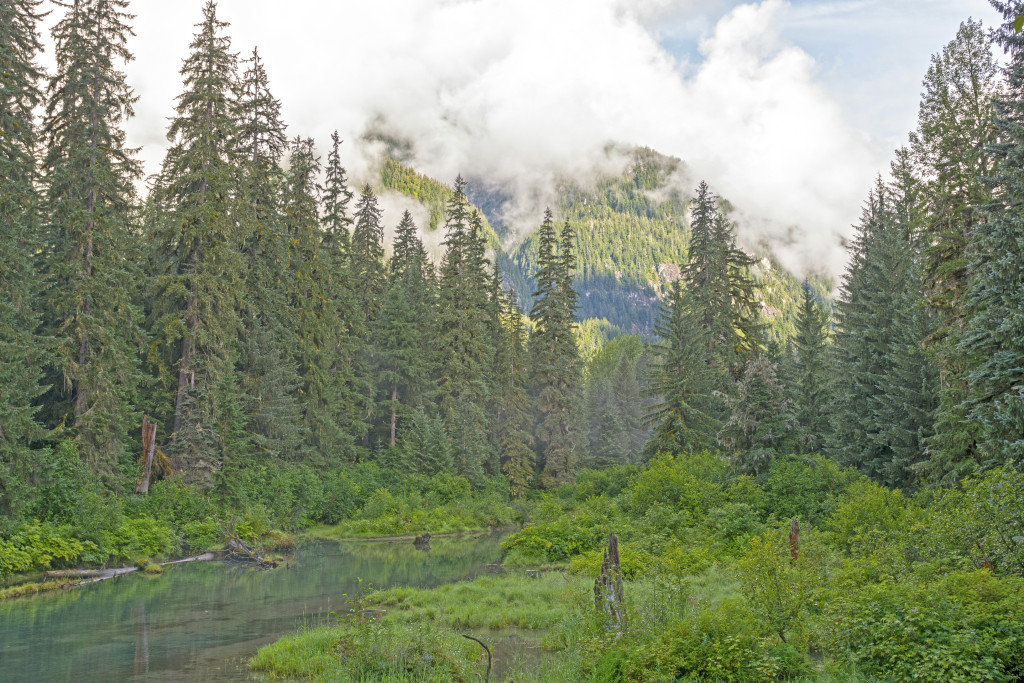 The Great Bear Rainforest will become a park in the spring of 2016.

People fought to make this area a park for over 20 years. It took 10 years to make a deal.

The deal will protect the environment. It allows some logging and respects the wishes and economic opportunities of the Coastal First Nations. 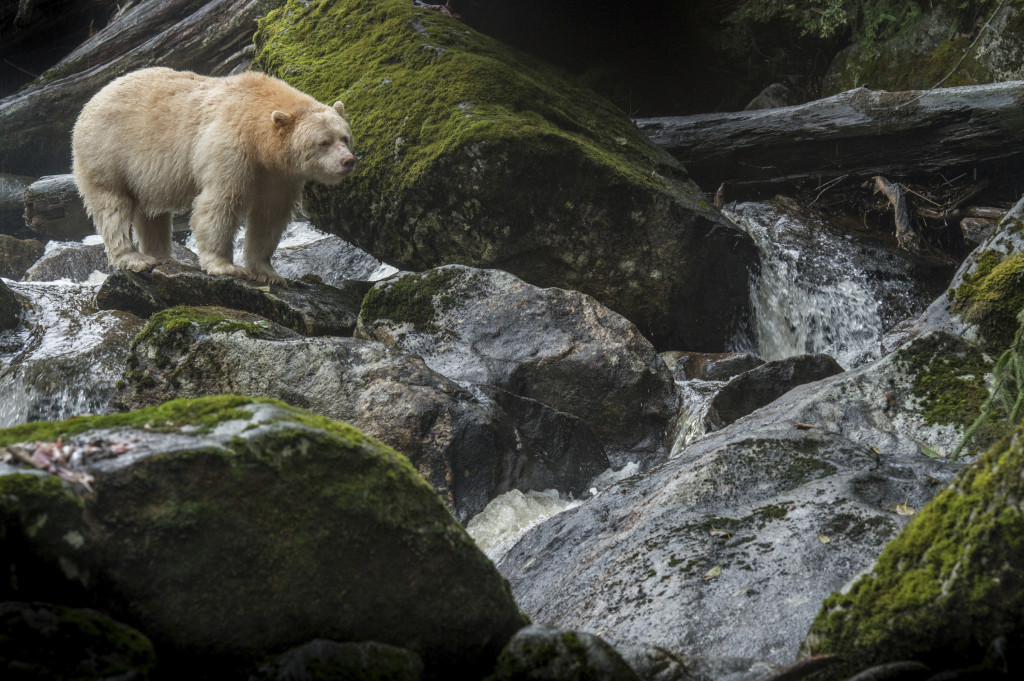 PHOTO – ISTOCK
A kermode or spirit bear is fishing in the stream.

“I am proud and happy but still a little upset it took this long,” says Dallas Smith. Smith is president of the Nanwakolas Council, a First Nations organization.

Logging is banned in 85% of the forest. This is about half of the park area.

Hunting of grizzly bears is banned in the traditional territory of the Coastal First Nations.

The deal ends all hunting for the spirit bear, also known as the kermode bear.

What is the Great Bear Rainforest?

Where is the Great Bear Rainforest? 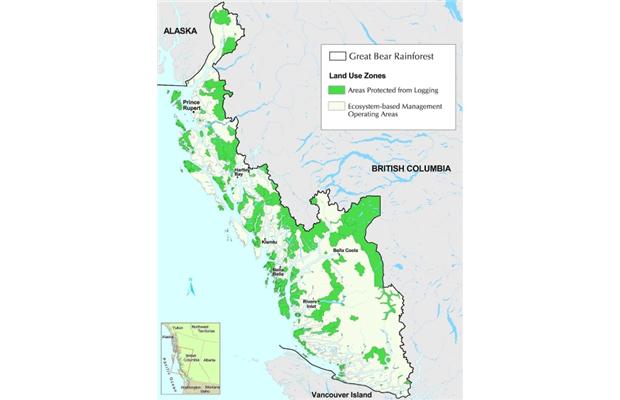 PHOTO – GREENPEACE, SIERRA CLUB B.C. FOREST ETHICS
The Great Bear Rainforest is on the BC coast.

Why is the Great Bear Rainforest special?

The forest helps clean the air and water. It is the home to grizzly bears, wolves and cougars.

Animals and salmon are important for the forest’s survival.

Salmon swim up the rivers to spawn in the creeks. This is called the salmon run.

Bears and wolves come to the river to hunt for fish. They drag the fish into the forest to eat them.

The forest plants need the salmon bodies to grow. Most of the nitrogen in the forest’s trees comes from dead salmon.

What is a spirit bear? 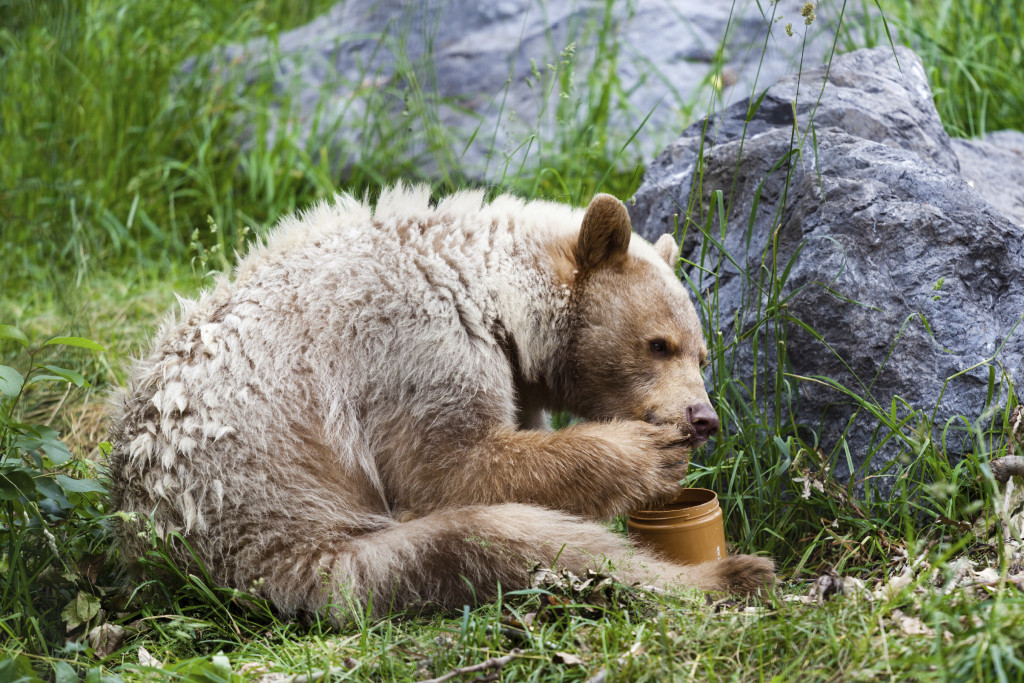 The spirit bear is a Kermode bear. A kermode bear is a kind of black bear. It has white fur.

The spirit bear lives in this forest.

Not very many people have seen a spirit bear. It is rare. 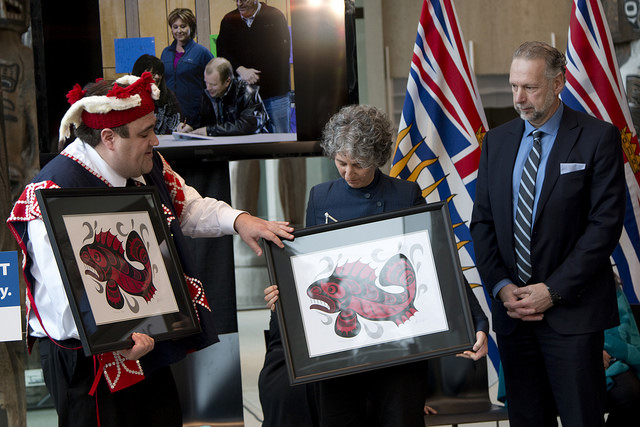 rainforest = forest that gets a lot of rain

The Great Bear Rainforest is 6.4 million hectares or 12,000 square miles.