Dogs wear booties to protect their feet from rocks and ice on the snow trail.
Photo by emal, CC, Flickr

Do you want to enter a race?
This race is 1,609 km long.
It lasts six to ten days or more.
You will be one of many racers.
There are 26 or 27 checkpoints.
Racers spend a few minutes, a whole day
or longer at the checkpoints.
The winner will get $70,000
and a new truck.

The good news
In your sleeping bag each night
you will see stars and the Northern Lights.
You will not be lonely.
Dogs will be your companions.
They will pull you on a sled.
You begin the race with 16 dogs.
You will feed and care for
them for the whole race. 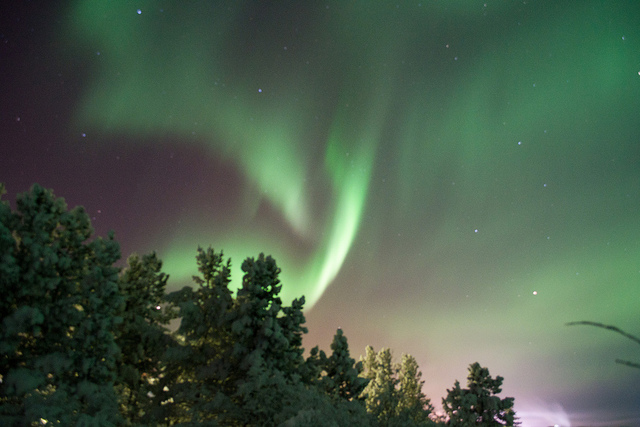 Most racers finish the race
with ten to twelve dogs.
Tired, injured or sick dogs can be left
at one of the checkpoints.
Vets will look after the dog
and take it home.
You must finish with at least five dogs. 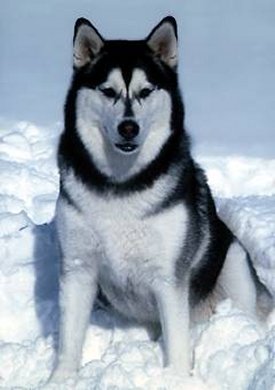 Alaskan malamutes are one type of dog used for bobsled racing.
Photo by Andy Taylor2010/CC, Flickr

A musher
You will be called a musher.
A musher guides the sled.
The musher tells the dogs
what to do.
You must take some of these with you:
an Arctic parka and a heavy sleeping bag.
You need an ax, snowshoes,
and boots for each dog’s feet.
You need a stove to melt snow
for drinking water and cooking.

You must take food for yourself
and for your dogs.
The dogs will eat up to
five pounds of food each day.
You will need a gun because
moose and wolves can be dangerous.
All this gear can weigh 100 kg and more. 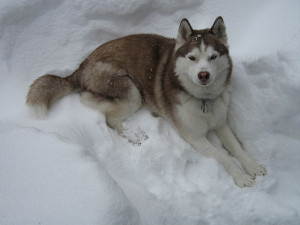 A Siberian husky is another breed used for dog sledding.
Photo by Jeffrey Beall/CC, Flickr

The bad news
It will be very cold night and day.
Temperatures will reach far below zero.
Sometimes it is – 40 °C.
Frost will cover your eyelashes.
At times, you will not see
because of strong winds.

Resting
You will not sleep much.
Some drivers stop their dogs and nap.
You must take three layovers at least.
Two of these will be eight hours.
One layover will be 24 hours.
Most mushers and dogs rest four to six hours.

The Iditarod (eye-di-ta-rod)
This race is called the Iditarod.
Iditarod comes from a First Nations word
meaning “distant” or “distant place”.
The first Iditarod was in 1973.
The race begins each year on the first Saturday in March.
It is held in Alaska.
It is the most famous dog sled race in the world.
And the Iditarod is called the Last Great Race.

History of the Iditarod
In February,1925, dog teams
brought medicine to Nome, Alaska.
This trip was called
The Great Race of Mercy.
This medicine saved the lives of many people.
People had a serious disease called diphtheria.
Diphtheria can pass from person to person.
And it can kill without medicine.

A long trip
Twenty teams of mushers and
over 100 dogs took the medicine to Nome.
It took the teams about five and one-half days
to travel the 1,084 km to Nome.
The teams used part of the Iditarod Trail.
The Iditarod race today remembers
that lifesaving highway to Nome.
People remember the brave rescuers.
And they remember their faithful dogs.

The Iditarod today
Most years about 50 to 70 mushers enter the race.
Almost 30 percent of racers are now women.
In 1985, Libby Riddles was the first woman to win.

Are you ready to be in the race? 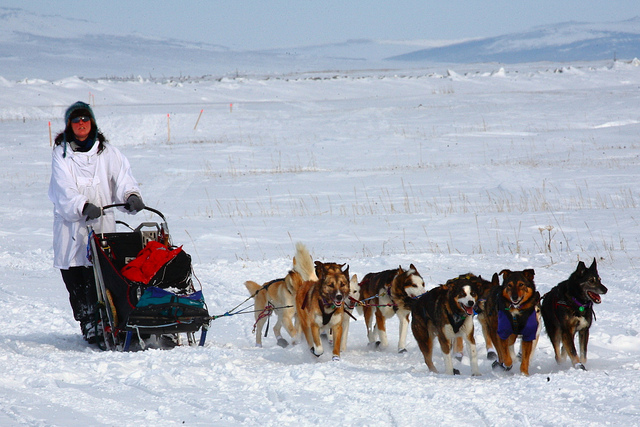 Michelle Phillips and her team, 2012
Photo by Jeff Walters/CC, Flickr