The tiny ferries in False Creek

The Aquabus docked at Granville Island
Photo by Taz/CC, Flickr

Looking for something fun to do?
Why not try one of the little ferries in False Creek.
The Aquabus and False Creek Ferries offer short ferry rides.
Both companies also offer mini cruises around False Creek. 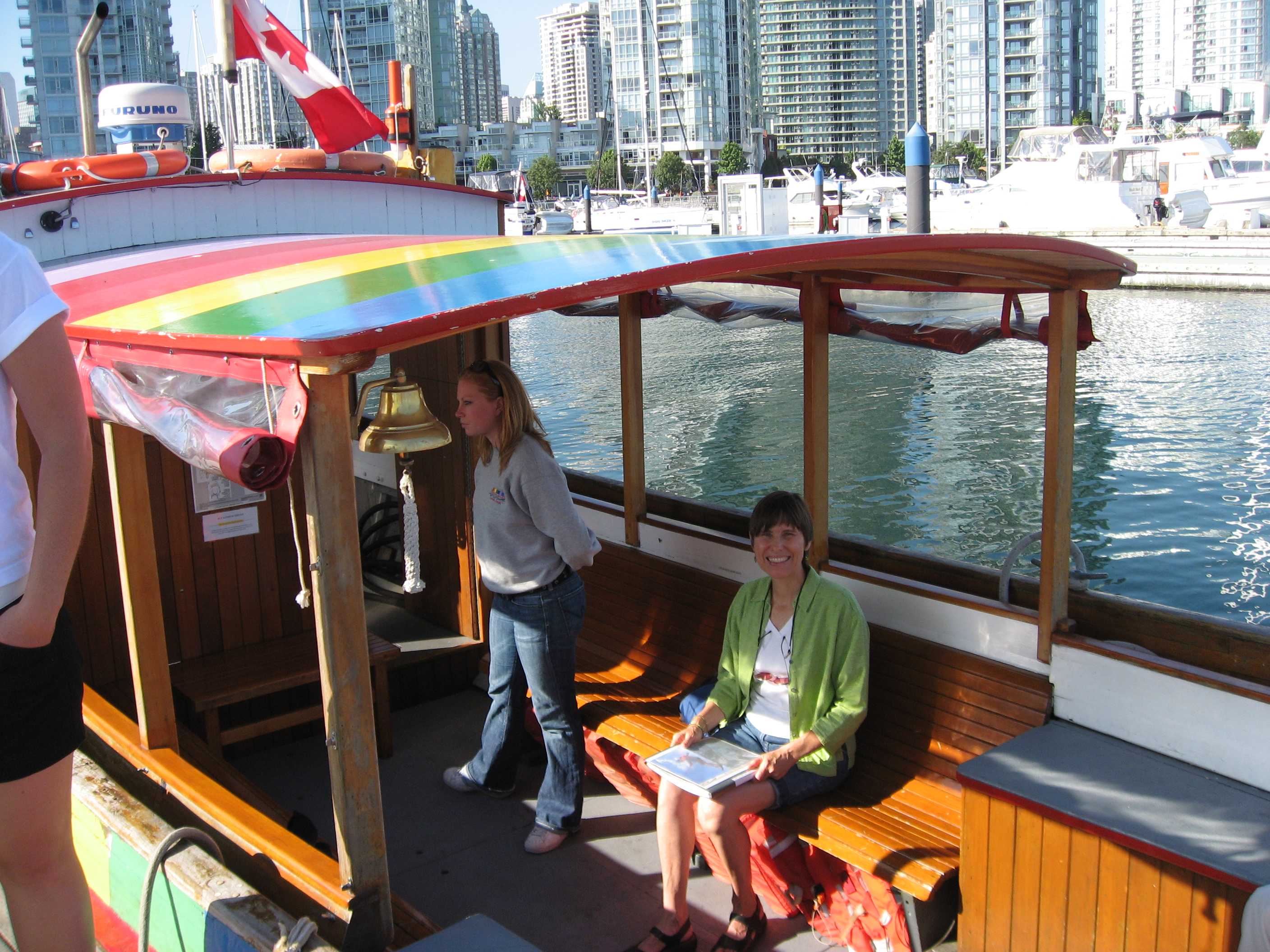 People enjoying their ride on the Aquabus
Photo by Wendy Cutler/CC, Flickr

Aquabus
In 1979, someone had a good idea.
That is when a water-taxi service was started.
It went around Granville Island.
Seven years later the Aquabus began.
Four ferries were in ready in time for EXPO ’86.
More ferries have been added.
Now Aquabus has 12 ferries. 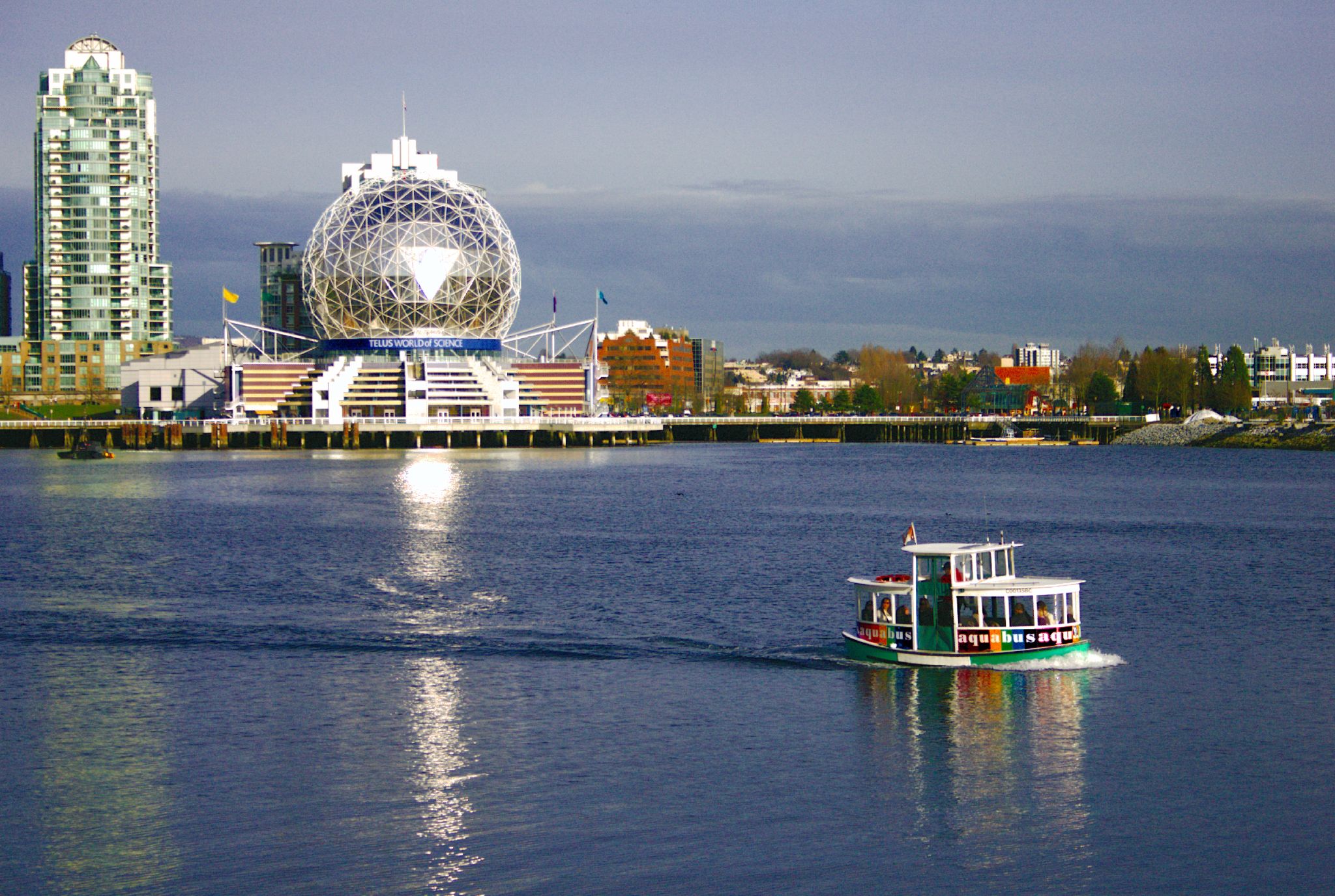 Where the Aquabus stops
The Aquabus is a small colourful ferry.
It has eight stops to pick people up and drop them off. 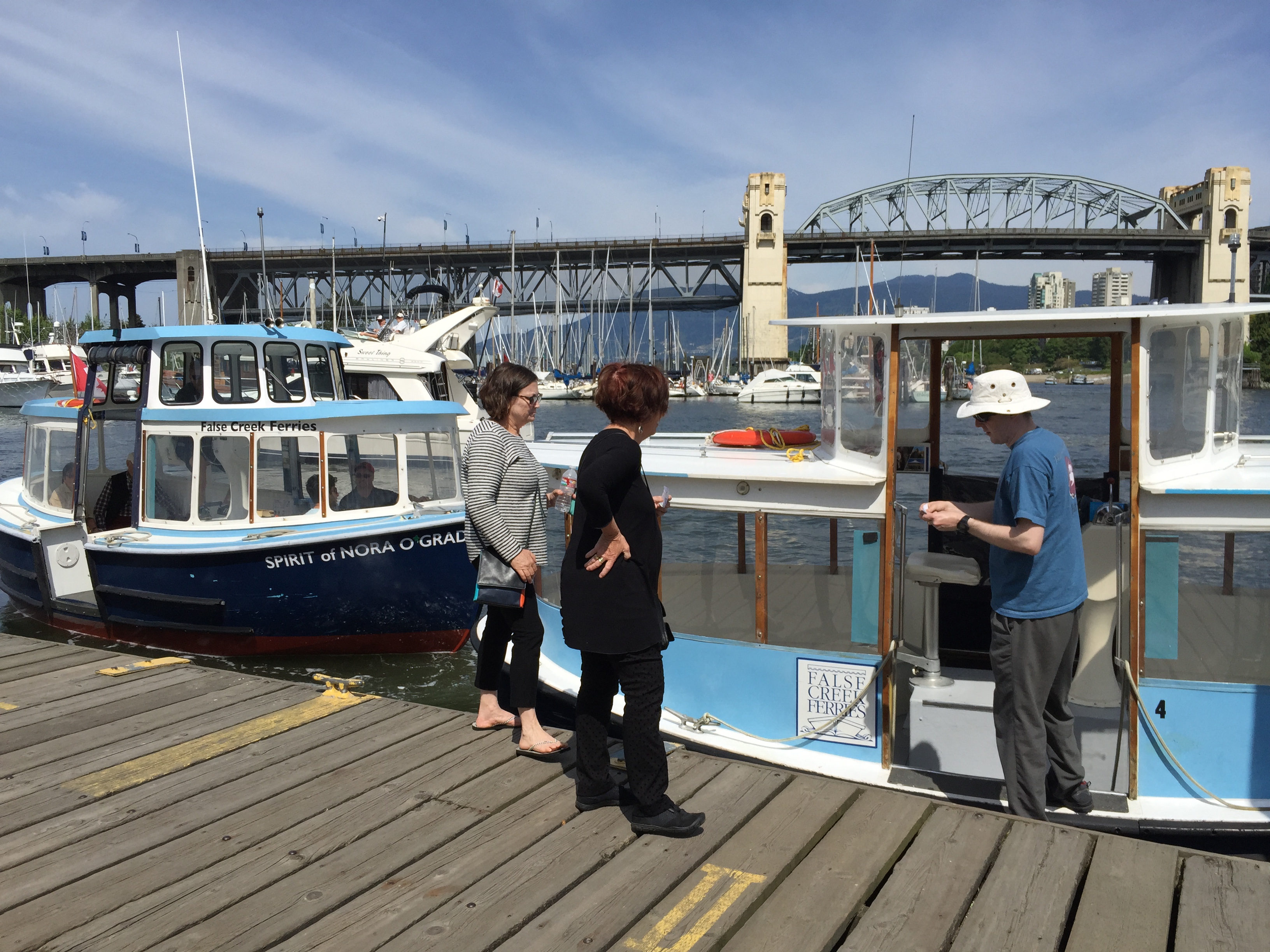 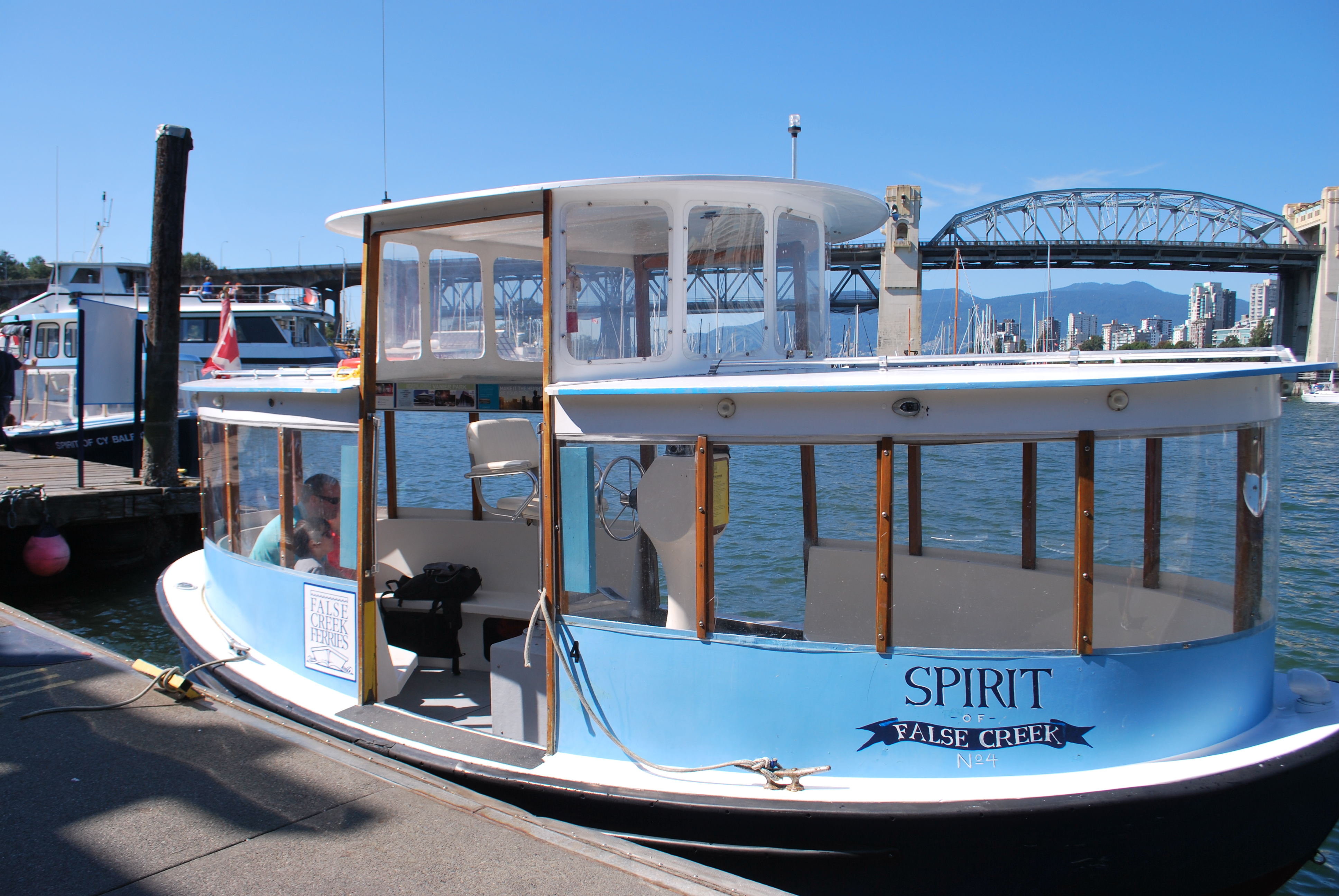 To find out more about the Aquabus
and the False Creek Ferries including fares/schedules,
bicycles, wheelchairs and lots more, go to:
http://theaquabus.com/