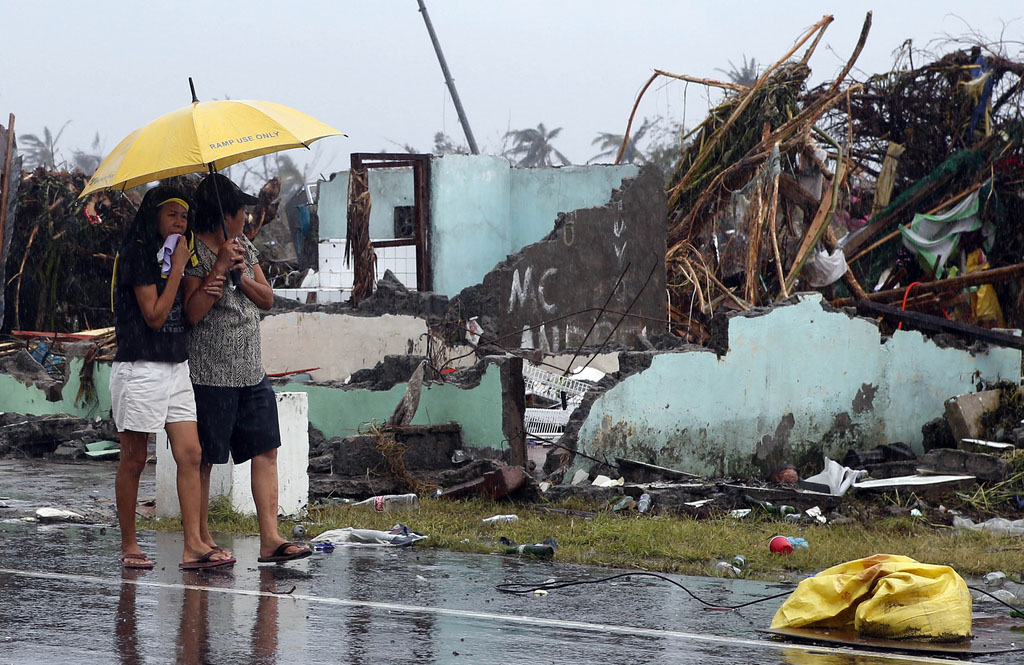 A typhoon hit the Philippines on November 8, 2013.

It is the worst typhoon in the history of the Philippines. The typhoon was called Haiyan.

Authorities expect to find 10,000 or more dead. About 700,000 people lost their homes. Altogether, about 9.7 million people are affected.

The typhoon destroyed most of the city of Tacloban.

“I don’t believe there is a single structure that is not destroyed or severely damaged – every single building, every single house,” says U.S. Marine Brig. Gen. Paul Kennedy. 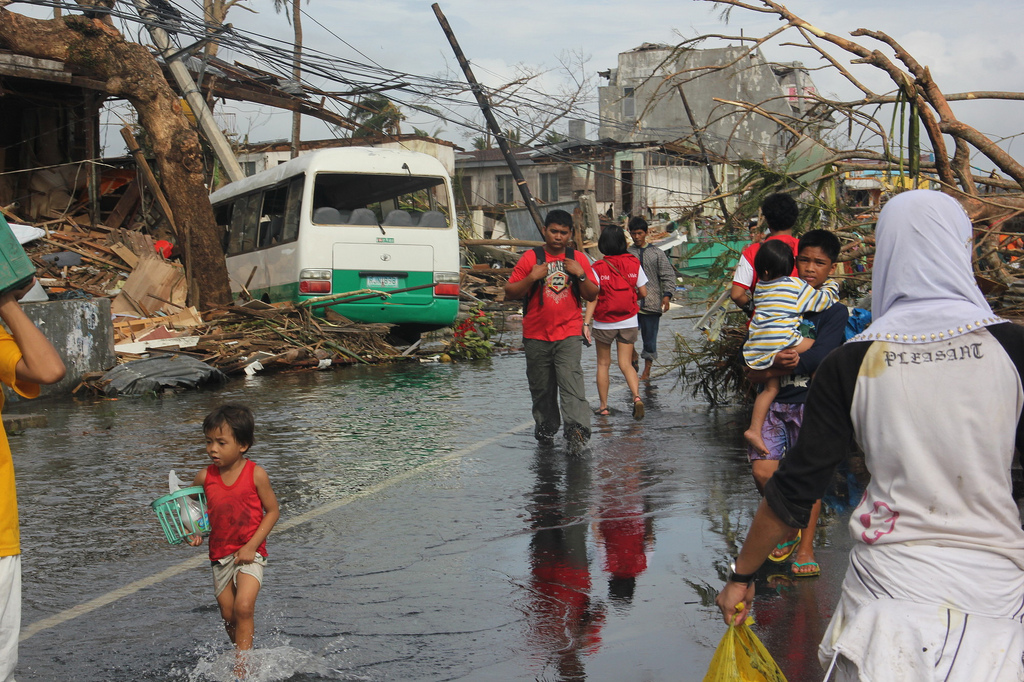 What is it like after the typhoon?
The people have little water and food. They are hungry and thirsty.

People are taking food and water wherever they can find it.

They have no shelter.

Doctors are desperate for medicines.

Dead bodies lie in the streets.

It is getting worse by the day.

“There is no water, no food,” said one survivor. “People are just scavenging in
the streets.” 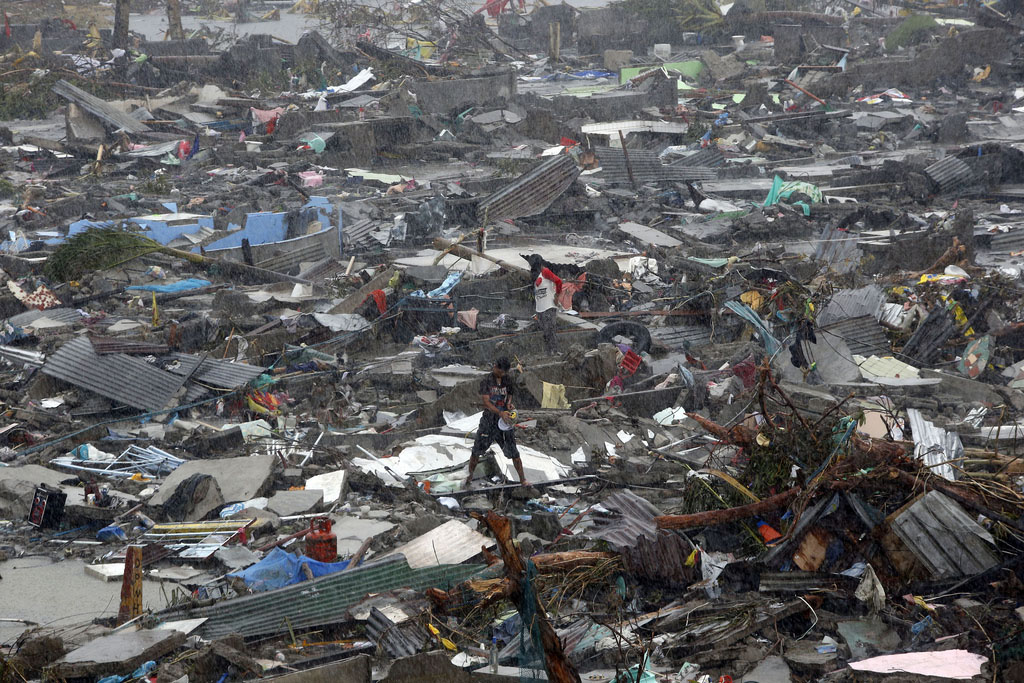 What is Canada’s Filipino community doing?
Filipino groups in Canada are collecting money, food, clothes, blankets and other supplies.

They are holding fundraising events.

What is Canada doing?
The Canadian government is giving $5 million.

Canadians are giving money. For every dollar you give to a registered charity, the Canadian government will give another dollar.

What is the world doing?
International aid groups are sending help as quickly as possible.

The Red Cross is sending a mobile hospital as well as other emergency supplies.

The United Nations is giving $25 million to help. They are paying for emergency shelters, medical care and water. 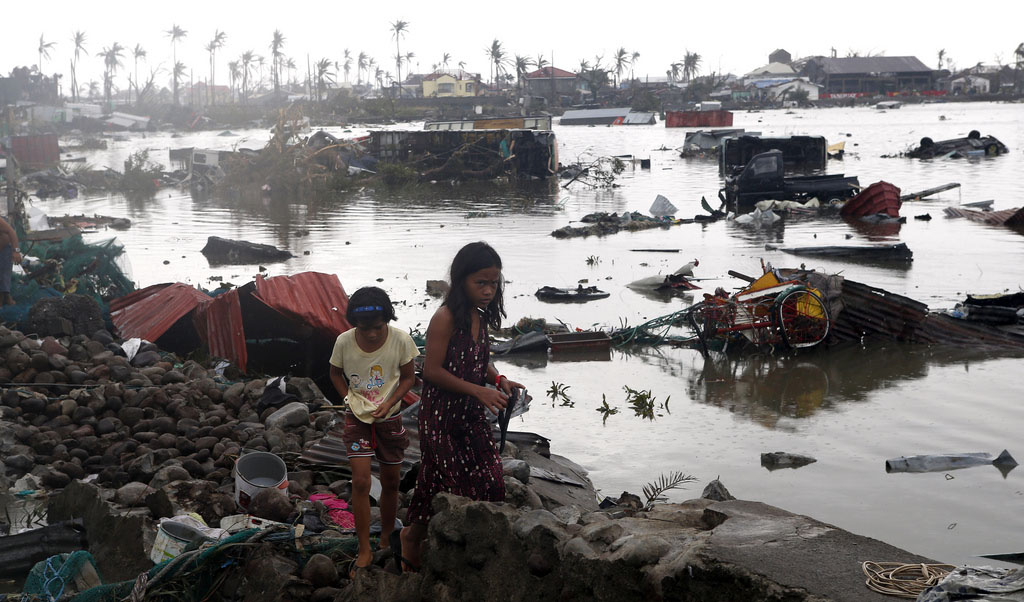 The river is full of debris after Typhoon Haiyan.
PHOTOS: MANSUNIDES / CC,FLICKR

Most of the islands are so small they do not have names.

The total population is about 100 million people.

The capital city is Manila.

Many immigrants to Canada come from the Philippines.