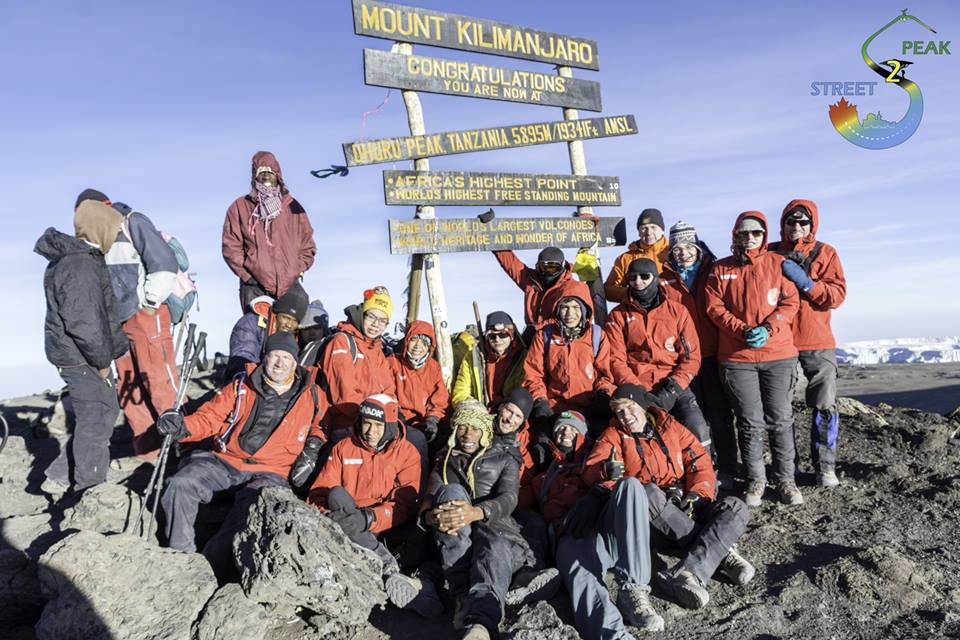 Some students in East Vancouver
are in a special school at Britannia Secondary School.
This school is called Streetfront.
Students take classes in math, science,
Social Studies and English.

A marathon
A marathon is a long-distance run.
Runners complete 42.195 kilometres.
Most men complete this race
in about 4 hours 30 minutes.
Most women finish the marathon
in about five hours and ten minutes.
For the past fourteen years,
Streetfront students have run
more than 125 full marathons,
and 30 half marathons. 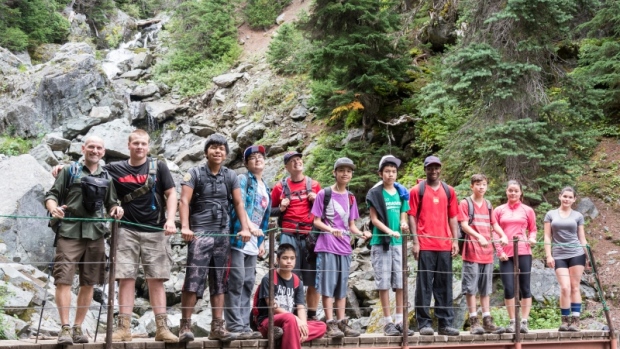 Street2Peak (S2P)
Trevor Stokes is a teacher at Streetfront.
He wanted a new goal
for his students.
He wanted the world to notice.
Andrew Schofield, Britannia’s former Vice-Principal,
had an idea.
Schofield is originally from South Africa.
He said the students could go to Africa.
They could climb Mt. Kilimanjaro!

Kilimanjaro
This mountain is in the country of Tanzania.
Tanzania is in East Africa.
Kilimanjaro is the highest mountain in Africa.
This climb would be a new kind of marathon.
The Street2Peak project (S2P) was born!

The climb
Mt. Kilimanjaro is 5,895 metres above sea level.
It is very cold near the top.
Sometimes there are high winds.
The climb can be difficult and dangerous.
All climbers will be uncomfortable.
Most climbers will be short of breath.
They can have headaches.
Or they can feel sick.
Some will have all of these conditions. 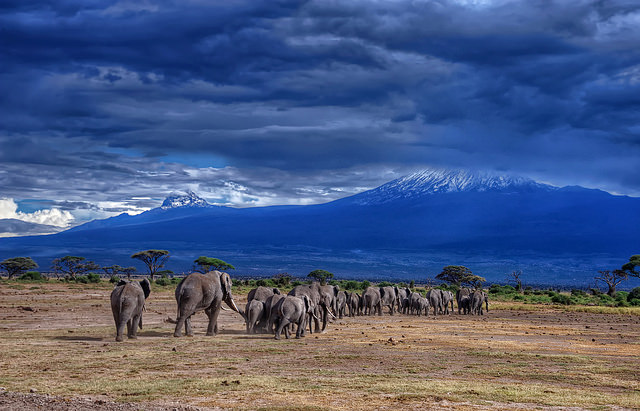 Elephants go back to the foothills of Mt. Kilimanjaro./ https://flic.kr/p/pzFnmb/
Photo by Diana Robinson/CC, Flickr

Getting to Africa
How do you prepare for a trip like this?
For over a year, students and volunteers
raised over $100,000.
The cost for this trip was $5,400 for each student.
The cost was $130,000 for the entire group.
The youths trained very hard.
They ran long distances.
They hiked on Vancouver-area mountains. 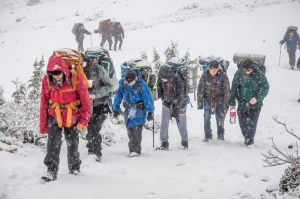 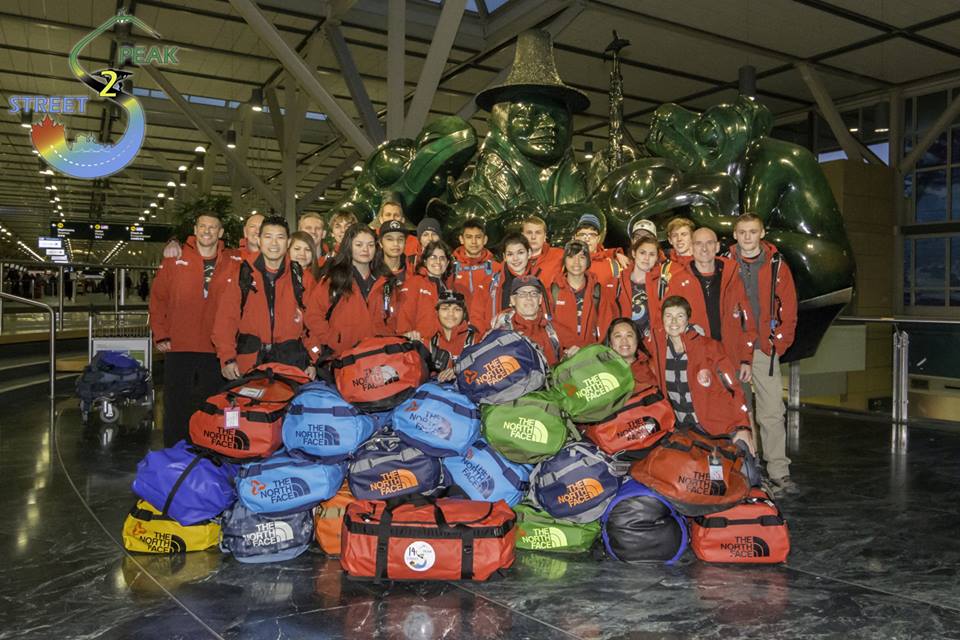 Street2Peak group and supporters at the Vancouver Airport, ready to leave.
Photo by Barry Skillin/VSB 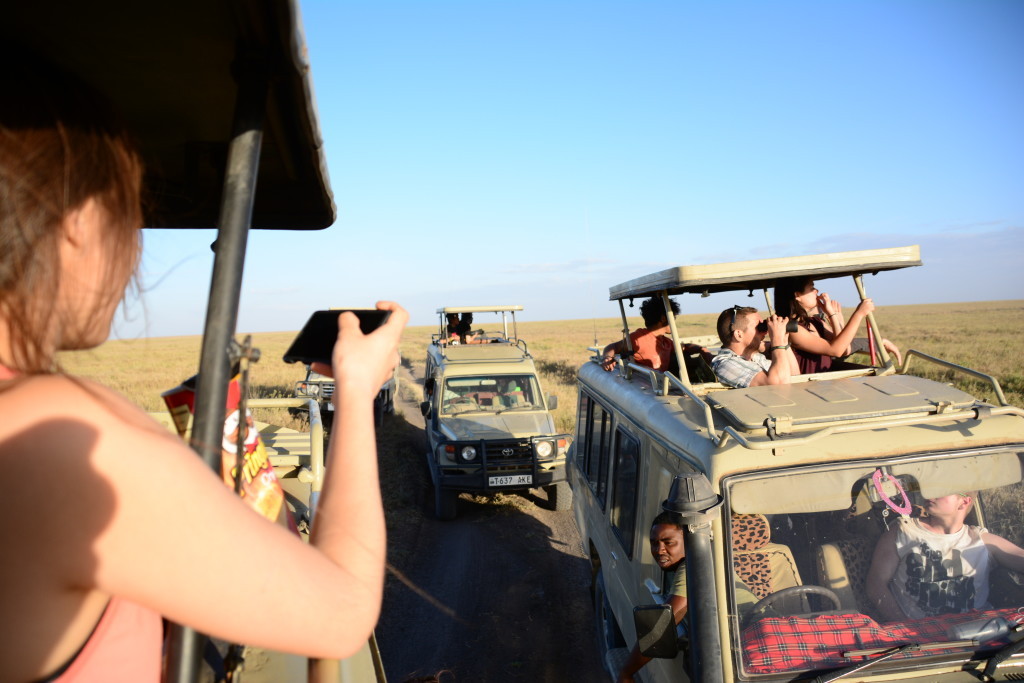 A life lesson
What did the S2P students learn?
This was the first Canadian school group
to climb Mt. Kilimanjaro.
Stokes wants student to learn:
It doesn’t matter where you come from.
It matters where you go.
There are many more S2P trips planned. 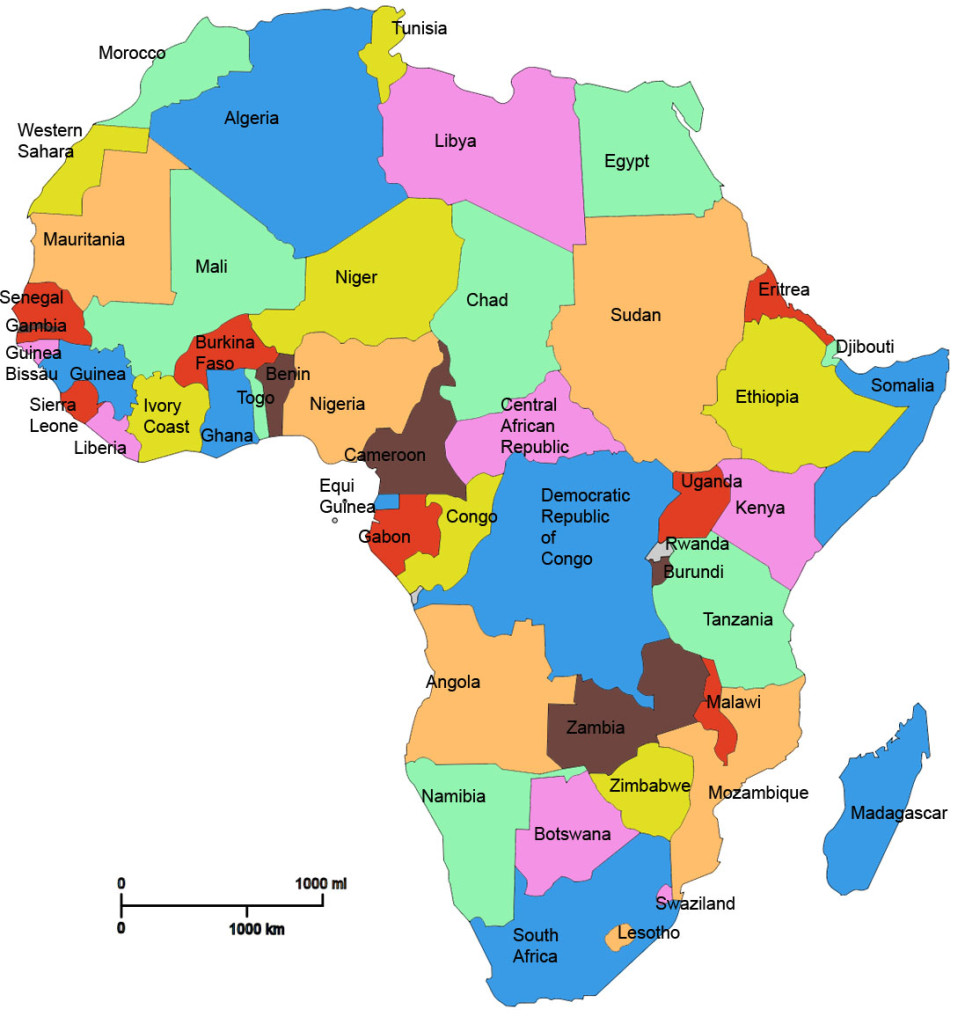