Every September, Canadians go for a special run.

The run is called the Marathon of Hope.

Why do Canadians run?

Terry Fox was a young man from Port Moody, BC. He lost his left leg to cancer in 1977.

He wanted to run across Canada to raise money for cancer research. He started to run in the September of 1980. He ran using an artificial leg.

He had to stop running after 143 days. The cancer had reached his lungs.

Canadians were inspired by his determination. Today, they remember Terry by running like he did. They raise money for cancer research, too. 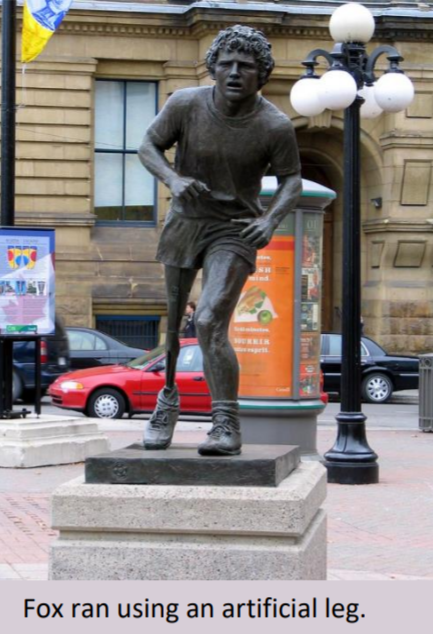 This year is special

People cannot gather in large groups due to the COVID-19 pandemic. So, the Terry Fox Foundation is hosting a virtual Terry Fox run.

Canadians can run alone, or with people in their social bubble. They can record how far they ran with a special Terry Fox app. They can see how many steps others in their communities have taken. People can donate through the app, too.

The run will take place on September 20th.  “Cancer isn’t waiting for the pandemic to end and neither can we,” says Ara Sahakian, Interim Executive Director of The Terry Fox Foundation.

Learn more about the app from the Terry Fox Foundation website:  https://terryfox.org/