A baby bison was born on Wanuskewin lands.

She was born on Earth Day.

She is the first baby bison to be born at Wanuskewin in over 150 years. 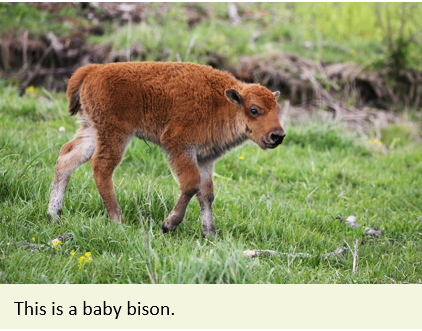 Bison are important to the local Indigenous peoples. The elders wanted to bring the bison back to their land. They wanted their children to learn about them. 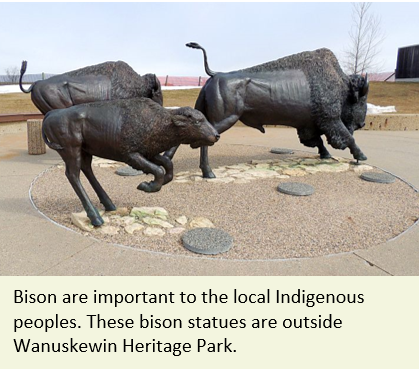 The bison came back

The community hopes that the herd will have over 50 bison in the future.

Three more baby bison were born in May.

Watch some videos about the bison in Wanuskewin Heritage Park: