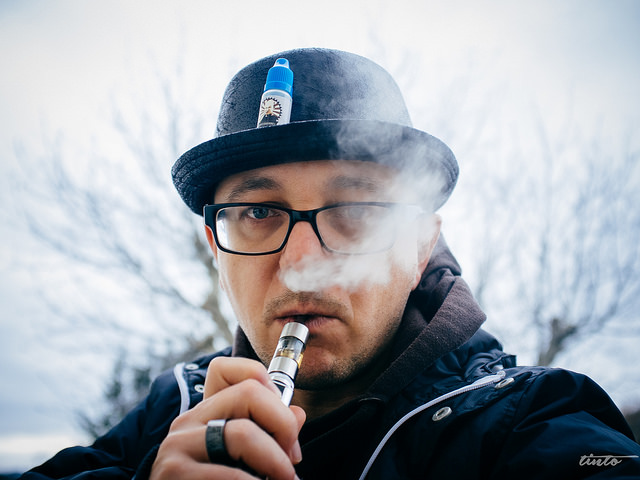 A man is holding a vape pen. He is vaping.
Photo by Jörg Schubert/CC, Flickr

Oxford Dictionary’s
Word of the Year is … vape.

Vape means to inhale and exhale the vapour
from an electronic cigarette (e-cig).
Vape is short for vapour (noun) or vaporize (verb).

People also use vape as an adjective,
such as a vape pen and a vape shop.

Why vape?
E-cigs have become more common in the world.
E-cigs give off vapour, not smoke.
People used the word twice as much in 2014
than in 2013.

Vaping has also become a habit.
The e-cig industry is a multi-million dollar business.
E-cigs were invented in China in 2003.

Sentence:
I am not sure that vaping is healthier than smoking.
What do you think?

Did you know?
The Oxford Dictionary is over 100 years old.
People say that English is a language
that is living. This means it is always changing.
So, each year, the writers add
another word to the book.
The word does not have to be new,
but it must have been used by thousands of people in a culture.

The 2013 Word of the Year was selfie.
Read about it here.