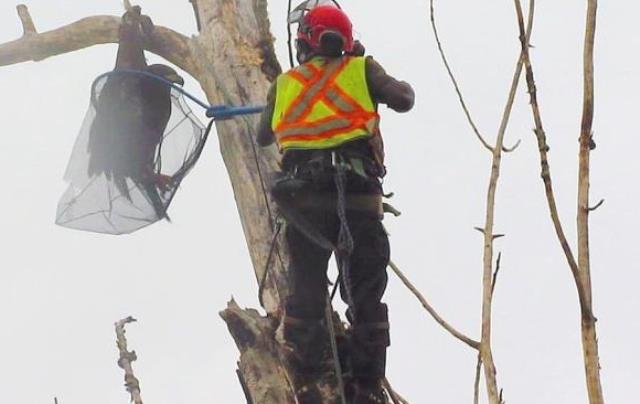 Adapted from The Vancouver Sun
Level 1

A young eagle was hurt.

She was caught on a tree branch.
The cottonwood tree was 25-metres tall.

He put the eagle in a net.

Gordon climbed down the tree
with the young eagle.

The eagle is now at the OWL Society shelter for orphan birds.

At OWL she will get medical care.

She may be released back into the wild.

Gordon Sasa is an arborist. He works for B.C. Plant Health Care.

Photo gallery
Photos of birds you can see at OWL. 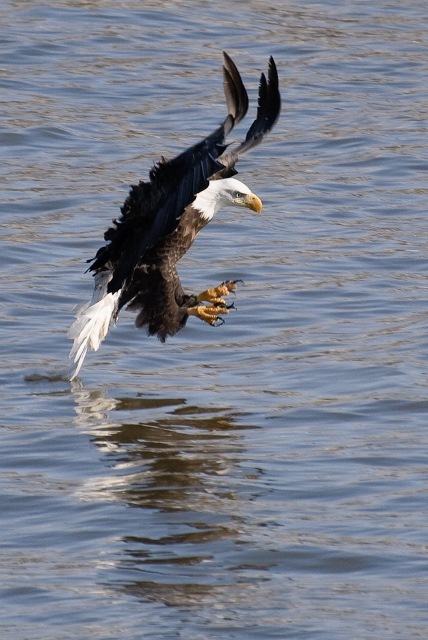 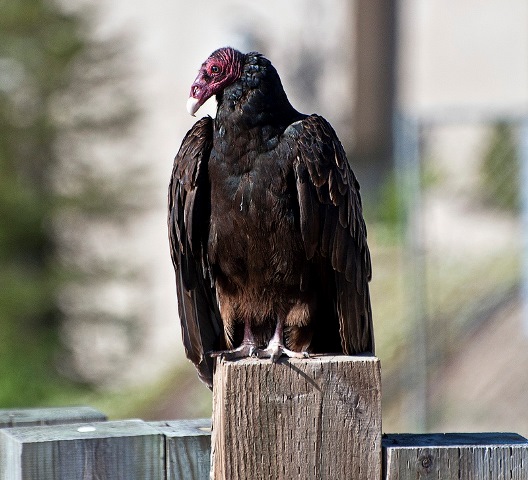 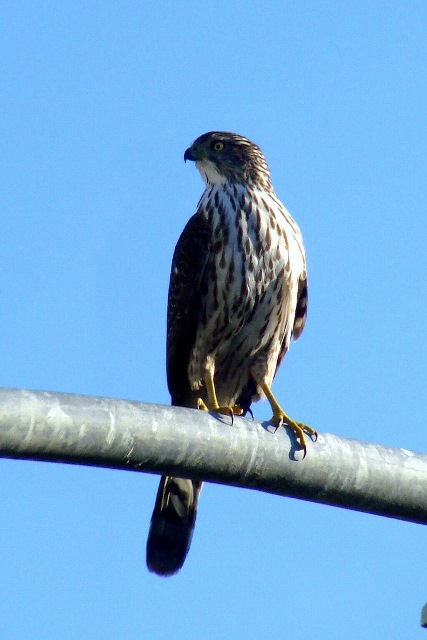 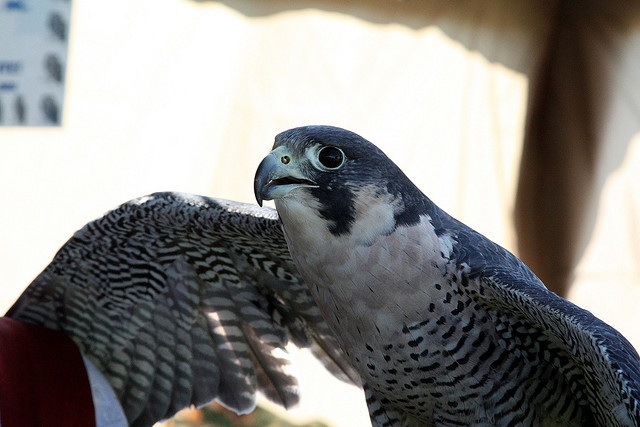