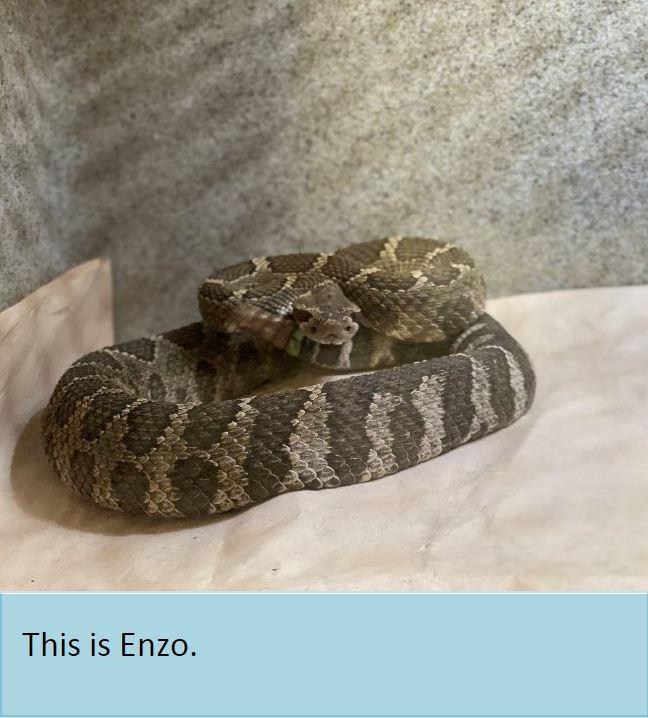 In June, employees at a car dealership in Vancouver got a surprise. They found a snake in a Ferrari.

“To our surprise, a photo determined it wasn’t a local Garter snake, but a Northern Pacific Rattlesnake,” Wildlife Rescue posted on Facebook.

Employees had driven the car to Osoyoos. The snake had crawled into the undercarriage of the car. It rode there on the trip back to Vancouver.

How did the snake get home?

A rescue and transport volunteer took the snake to Dewdney Animal Hospital in Maple Ridge.

Dr. Adrian Walton and his team named the snake Enzo. They found it had been microchipped for research by the Nk’Mip Desert Cultural Centre in Osoyoos.

Osoyoos is almost 400 kilometres from Vancouver.

Dr. Walton drove Enzo back home to Osoyoos. He used his car. Enzo did not get to ride home in a Ferrari.

What to do if you meet a rattlesnake

Rattlesnake bites are very rare in British Columbia. They are almost never fatal. Most snake bites happen when people try to handle or harm rattlesnakes.

Rattlesnakes rattle if they are surprised, cornered or feel threatened. They will only strike to avoid harm.

Warning signs of a strike include a body in a coil, head slightly raised with the neck in an ‘s’ shaped curve, and rattling.

If you hear a rattlesnake:

What to do if you meet a rattlesnake