People in BC are being asked to take a pledge against racism. A pledge is something you promise to do.

The pledge against racism was created by the Honourable Janet Austin, Lieutenant Governor of British Columbia.

Why are people taking the pledge?

During the COVID-19 pandemic, many Asian Canadians have been hurt by violence and hateful words. People are taking the #DifferentTogether Pledge to stand up against racism and acts of hate.

“When I heard about anti-Asian attacks – people being blamed for COVID-19 – I was angry. Racism has no place in our province,” said Premier John Horgan. 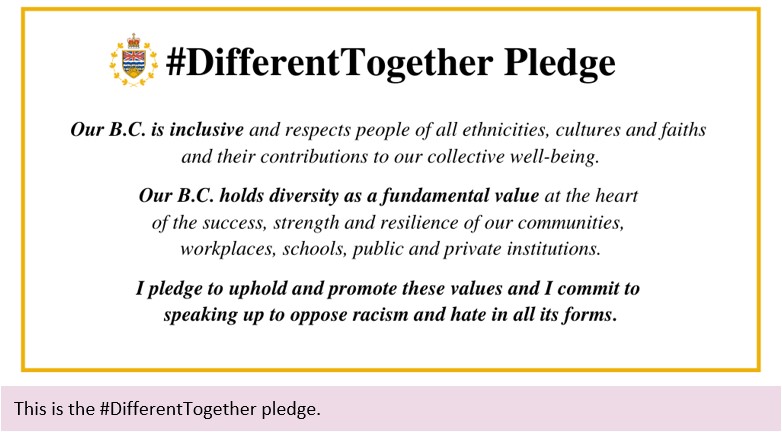 How do I take the pledge?

“I also encourage you to share a video of yourself highlighting your commitment to opposing racism,” said The Honourable Janet Austin.