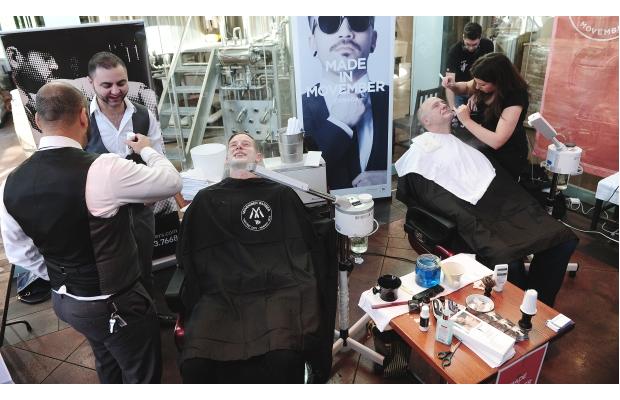 Men in a barber shop at Granville Island
They are getting ready for Movember.
Photo by Nick Procaylo/The Province

Story adapted from The Province by Nila Gopaul

In November,
men and women join together.
They talk about men’s health.
They call November “Movember”.
Mo means moustache.

Many men do not talk about health issues.
Movember encourages* men
to talk about issues, such as
prostate cancer and depression.

*encourages (en-KER-re-jez) – gives hope to someone

What happens?
Each year, in November,
many men start the month clean shaven
(without a beard or moustache).
Then, for 30 days, in November,
these men do not shave.
They grow a moustache.

The goal of Movember is
to raise awareness and to raise money
for research
into men’s health issues, such as
prostate cancer and depression. 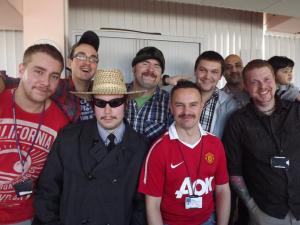 A group of men show off their moustaches           for Movember.
Photo by Kris Walton/CC, Flickr